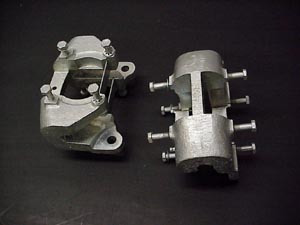 The Caliper bodies are back from the nickel platers. They look way better than they did. The pistons and caliper bores still need to go to ‘White Post’ for refurbishing, but these pieces were sent out to a local plater so I could save some money. 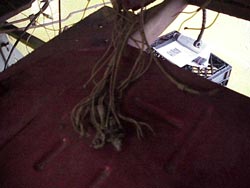 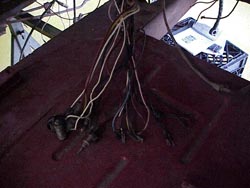 I spent more time cleaning wires today. I don’t want to bore everyone, but you should try doing some of this boring work! My first plan of attack is to try and figure out what’s obvious. The under hood wiring is pretty much deciphered, but I’ve got to connect the various accessories like the horn, and lights. Under the dash is another handful of wires that need to find a home. The dash lights have been sorted down to three lights that I’m not sure of. Each instrument needs a light for basic illumination, but the speedometer gauge has three more lights to indicate the generator, hi-beams, and a third I can’t remember. I have the three lights, but I just don’t know which are which. I’ll probably plug them in randomly in the three sockets and see how my luck fairs when I get the car started. My only concern is I’ve got tons of room to poke my head under the dash right now, but I’m sure that’ll change AFTER the steering column is re-installed. 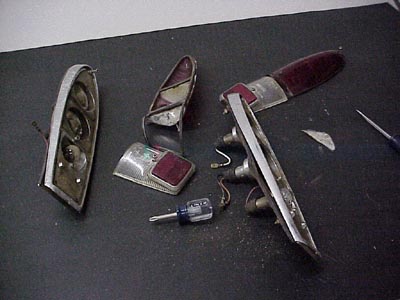 Since I’m working on lights, I took a look at the tail light assemblies. They look like they’ll plug right in, and even the wires seem to match with the colored wires in the car! The gasket that goes between the light and the body of the car is pretty worn, and I wonder if I can get new ones. The assemblies themselves don’t look too hot either. The chrome on one of the lights is badly pitted, and the other one isn’t much better. I guess I’ll have to make a box of parts that’ll need to be re-chromed, and send them out. The plastic lenses are a little scratched, and cloudy, but I might be able to polish them up a bit. I’m going to try my best to salvage as much of this to keep the costs down.