Getting back up to speed

I went on vacation for a week in England, but it was more like two weeks off from the Ferrari because I missed two Fridays of work! I did manage to do something “car related” by stopping in the “Earls Court Auto Show” in London.

It seemed like an eternity since I got to work on the car, and it didn’t help that my Toyota needed an oil change! My better judgment kept me from neglecting my primary form of transportation. As much as I hate working on the Toyota, I realize that without my trusty Camry, I’d never be able to get to my other cars! 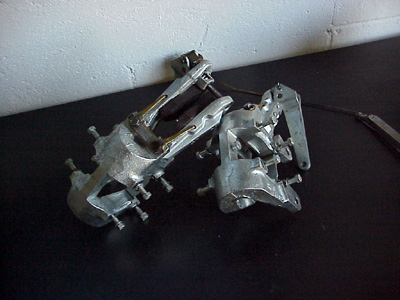 The rear brakes came back from the platers, and François was nice enough to re-assemble them for me. One of the pistons is still sitting in his de-greasing tank because it’s so badly seized. Hopefully it will one day release and we can send it to be rebuilt. Having the rear brakes reminded me that the rear hub seal plate has yet to be painted. It’s not a highly visible piece, but for some reason, it rusts badly. François suggested I paint it to keep the rust under control. After sanding most of the rust off, I sprayed some of Eastwood’s “Corroless” rust stabilizer. It’s worked for me before on rusty metal by bonding to rust. After it completely dries, I’ll paint it with some black paint. 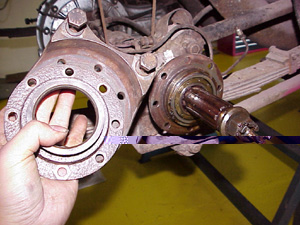 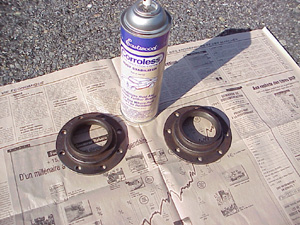 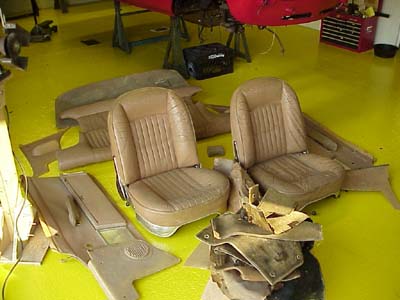 I sorted out all the interior pieces to get them ready for the upholsterer. IT’S A LOT OF LEATHER AND WOOL! I’m holding my breath on the price. In my opinion, there are three things in Ferrari restoration that will cause your wallet to hemorrhage money, body work, engine work, and interior restoration. The original plan was to see if I could save the seats by force feeding them “hide food,” but the front seats are pretty dry and cracked and the rear panel beneath the rear window has shrunk so badly that it severely warped the board it attaches to. If I then replace only the pieces that were necessary, it would probably never match the old color. 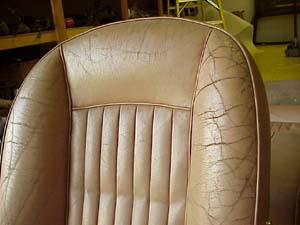 The original color of the interior is beige, but the leather has turned a dirty light brown, so I was not going to match a few new pieces to match all the dirt! So the latest decision is to do a complete interior. I have a vague idea how much this can cost, but all cars are different. The prices I’ve heard quoted from other restorations were for two seat Ferraris, where besides the two seats is just a center tunnel, and two door panels. Unfortunately, my car has four seats, four arm-rest panels, and a long center tunnel. Not to mention, the carpeting consists of individually cut pieces edged with leather, and glued to the floor pan. I’m not complaining, just apprehensive. Up to this point, my checkbook has been pretty safe. 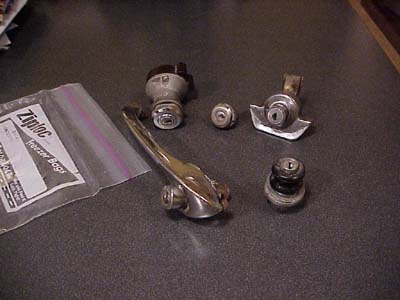 I took all the locks with me to try and have keys made. The previous owner had NONE! I guess after 23 years, you tend to misplace the keys, especially if you’ve never driven the car in those 23 years of ownership! I stopped in a locksmith shop in NJ near my mother’s house to see if they could help. They’ve been in business for years, and would probably have blanks in a dusty corner of the shop. I specifically chose not to go to a newer place because they’re only interested in making copies. In other words, they’ll gladly take your money doing the easy stuff, but don’t really want to work for it! 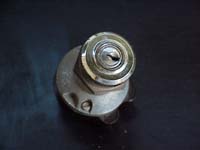 The ignition, door, and gas filler are the same blank, but I believe they’ll need different keys. François felt that most Ferraris have separate keys for every lock. I can’t believe my car would be any different. The glove box needs a different blank, but he didn’t have it, and the trunk lock is badly corroded, that he’s not sure what goes into it. All the Fiat keys fit too loosely, but we did find a blank for an Alfa Romeo that fit the ignition, so he’s going to try and match it to the tumblers. If after making the key for the ignition, he’ll try it for the door lock, and if it doesn’t work, he’ll match a key for the door. I may wait on the gas filler lock to see how he makes out on the other two. At $25 dollars a lock, gas isn’t worth protecting! 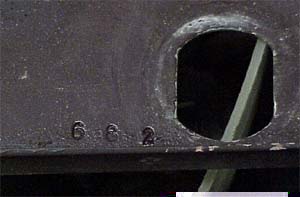 As François and I were taking the old glove box door apart, he showed me a number stamped “682” on the inside of the aluminum panel. He told me that this was the internal factory number for all parts to go on my car. Pieces like bumpers, and glove box doors were stamped so the assembly line would know which part went with which car. Armed with this knowledge, I’m sure I’ll be on the lookout for this number on other parts. It’s a shame another glove box door has already been painted, because I now feel obligated to keep a “682” numbered door with its destined car. Unfortunately the aluminum is badly scuffed and would be more work than it’s worth, especially since I have a good one ready to go back on. It will be our little secret of a non original door.