It’s Hard to Work on a Beautiful Day!

It’s was in the mid sixties today (Around 20 degrees C.), and boy was it hard to get some work done! In the Northeast, days like these in late Fall are increasingly rare, and getting outside to enjoy them are a must in preparation for the long cold winter. I dusted off my Mustang and fired her up for a nice drive. It has a 289cid V-8 with a 4 speed T-10 for those who care about other cars besides Ferraris. It’s got a rebuilt suspension to Shelby specs., and is a ton of fun to drive. As I was tooling around the back roads of Connecticut, I tried to imagine doing the same thing driving my Ferrari. There will probably be a lot in common between the two cars. Both have similar drive train layouts, four speed gearboxes (the Ferrari has an electro/hydraulic fifth), and 2+2 seating. The engines are very different, but a V-8 has it’s own special sound. After spending an hour of cruising, I decided it was enough playing around and returned to the shop to get to work. 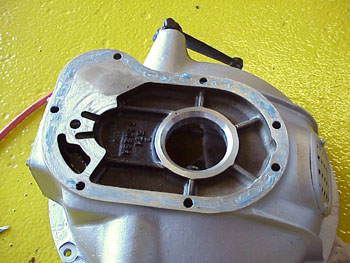 I got the front seal for the transmission, and installed it. As per François’ instruction, I used RTV to seal some of the machined surfaces of the bell housing. Again, a THIN layer is all I needed to get a good seal. From the picture, it looks like I missed some spots, but I made sure that a continuous bead of silicone made it all the way around the bell housing. As the nuts were tightened, there was still enough to squeeze out, so plenty was used. 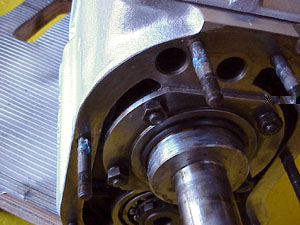 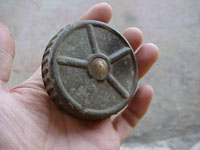 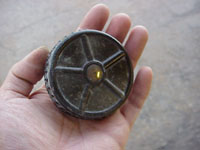 Looking for other things to do, I decided to try and buff the gas cap. It looks like it’s made out of Bakelite, an fibrous plastic, and I had my doubts that it would buff out. After some buffing, I didn’t really see a big difference. Oh well, it was worth a try. 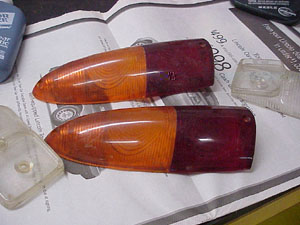 Since I had my plastic buffing wheel out, I decided to see how much I could salvage a set of tail lights François gave to me. They were from a restoration he did where the owner bought brand new lenses. He said I could have them if I could use them. These lenses had the European amber turn signal lenses, and would have looked nice, but I felt they were more chipped and scratched than the ones I buffed a few months ago. The clear reverse lights, however, were in better shape, so I transferred all the parts off my old ones to the better ones. At least here, you can see the difference! 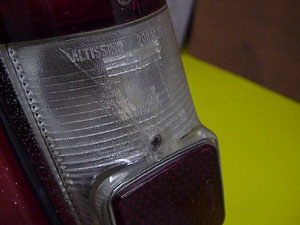 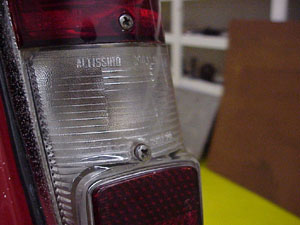