One of the neat things about this web site is the people I meet. There are a lot of Ferrari enthusiasts out there, and some of us are lucky enough, or crazy enough, to chase our dreams of owning one of these cars. Yale contacted me over a year ago through my web site, and told me about his obsession, and desire to buy a Ferrari. If you’ve spent any time reading about my restoration, and have returned here looking for more journal entries, then you’ll understand what it’s like to be obsessed. This week, Yale is watching the manifestation of his obsession in the purchase of a vintage Ferrari!

The car came to New York from Europe, and Yale awaited anxiously through the Fall for the paperwork and shipping details to be completed. I promised I would try my best to join him when the car arrived to share in the excitement of receiving a Ferrari. Delay after delay pushed the date after Christmas, then it went after New Year’s. Finally, we got word of the ship dodging a Nor’easter (a la “Perfect Storm?”) and sailed into NY. Yale wrung his hands the whole week envisioning shipping containers being tossed like matchboxes, and the Ferrari being washed overboard into the frozen Atlantic! We took our first chance to inspect the car today and I’m glad to report, everything is fine…almost. 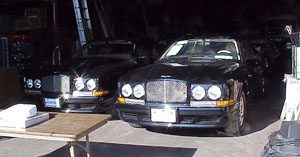 We arrived at “Horseless Carriage” in Patterson, NJ where the container was delivered. Yale’s car shared the container with a Porsche. We spoke to the guys at the garage, and found Yale’s car nestled next to a 928, and a whole slew of Rolls Royces. It turns out “Horseless Carriage” handles all of Rolls Royce and Bentley imports into the States. It was pretty impressive to see dozens of these cars parked in this warehouse, each of them worth well into $300,000 dollars! 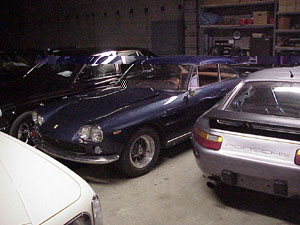 Yale’s car is dark blue, with a chocolate interior, a very nice color combination. His choice was to locate a four headlight car, so don’t fault him for his purchase. These cars have gotten a lot of bad press for the extra headlights, but the look has really grown on me. It’s got a real 60s funky look to it. 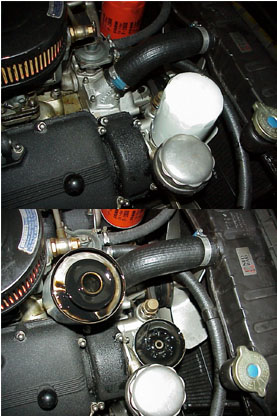 We immediately noticed a puddle of oil under the car. Upon closer inspection, we found it was coming from one of the oil filter assemblies that was loosely fitted. We’ll have to figure out what’s wrong with this fitting before driving the car out of there. Yale still needs to settle up the paperwork before officially taking possession of the car, so there’s some time. This will also allow for the foot of snow on the ground to melt before he drives the car home. 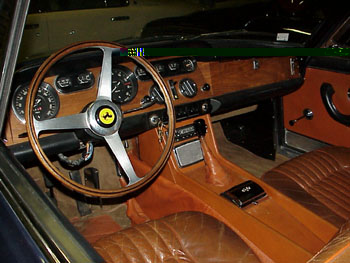 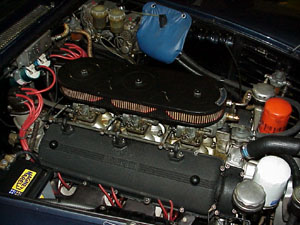 Yale was happy, and very excited the car made it to America safely, but I was surprised he could leave after being there for only 15 minutes. I guess if it were my car, the guys would have been forced to ask me to get out of the car and go home!