Steering Towards a Finish

With the anticipated return of my freshly painted steering wheel surround, I decided to start cleaning and polishing the steering wheel hub. The Nardi Steering wheel was refinished months ago, so the center hub section needed some attention. 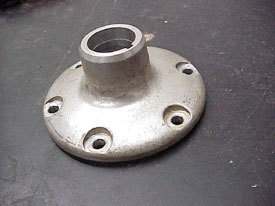 After a thorough cleaning with “Simple Green,” it already stated to look better. The years of dirt and grime revealed some shine that was still left in the Aluminum. 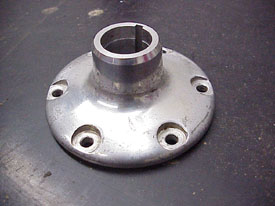 There were still some deep scratches in the hub, so the next step was to sand the aluminum with some fine sandpaper. I started with 320 grit to remove some of the deeper scratches, and worked the sanding up to 600 grit. The best results would be to go all the way to 1000 grit before buffing, but I ran out of the really fine grit sand paper. 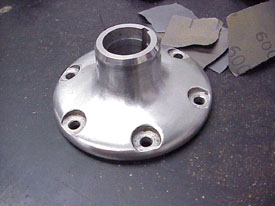 Buffing after the 600 grit paper looked pretty good. I wouldn’t have tried this if it was a high visibility part like the front hub, but since the hub is partially hidden, I felt the results were very nice. Upon very close inspection can you see a few light sand marks on the hub, but only if I show you where to look. The finished hub is in the background mixed in with the other hub pieces. 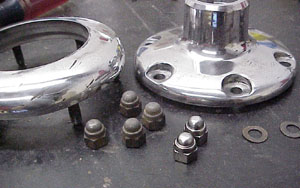 The front hub ring was not scratched at all, so I didn’t have to resort to first sanding the part. Some fine buffing on the buffing wheel worked wonders. The acorn nuts that will hold this whole assembly together also needed cleaning. After a go at the wire wheel, I removed all the rust on the nuts. They should be nickel plated, but I forgot to get them done with the suspension pieces I did last year, so I’ll paint them silver for now, and the next time François has a batch that needs to go to the platers, I’ll throw them in. 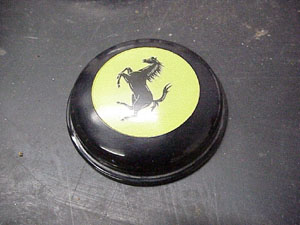 The Horn Button was next. It is made out of plastic, and had some fine scratches that dulled the overall appearance of the button. I cleaned the part thoroughly, and buffed the scratches out with the special plastic buffing wheel I got from “”Eastwood.” After the buffing, I removed the buffing rouge with some plastic cleaner, and hand polished the part with plastic polish. The picture doesn’t do it much justice, but it looks pretty nice. I’m glad, because I plan to be sitting in front of that prancing horse for many years! 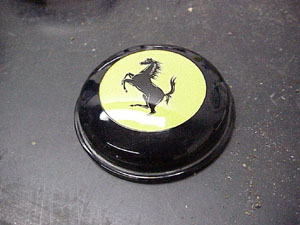 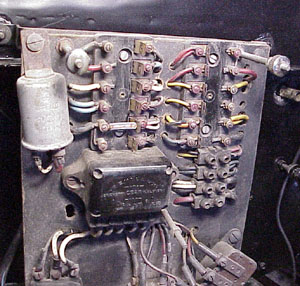 Since I was knee deep in electrics, I figured I would also make sure I had the interior lights sorted as well. I had bunched these wires roughly in place at each door jamb last year, but after today, I know which wire goes with with part of the door switch.

Most of my days recently have been spent preparing for parts to come in. All the prep work for the steering column comes from waiting for my painter to finish color matching my red exterior color, and painting the few pieces that were not painted by the previous owner. Week after week passes, and yet, no pieces. I’m sure it’s because he’s busy painting cars, not pieces of cars! Hopefully, they’ll be here next week. Another part I’m waiting for is the window felt. I’ve never done business with Re-Originals, but they come highly recommended, but things have been delayed. The felts took some time to make sure they were the right ones, but they were shipped five days ago. The window channel felts were back ordered, and they don’t expect them until February, so everything is on hold. If I’ve learned anything in this restoration is to be patient, either that or I’ve learned how impatient I can get!