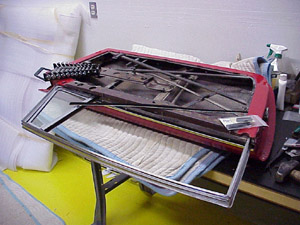 I checked with François, and “Metro”  has the right stuff. Since he’s going to put in an order for more felts, François let me have what he had in stock so I could at least get started with the felt installation. The original felts were glued, and screwed in place, but François suggested I pop rivet the new felts in place. Using the smallest head pop rivets I could find, I fixed the felts in place. One door allowed me to install the felts first before installing the window frame, but the left door had some clearance problems, so the window frame would have to be installed first before the felts could be pop riveted in place. Trial fitting everything several times is imperative when working with these Ferraris! 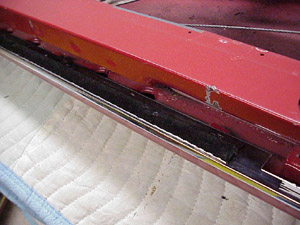 After installing one felt, I colored the heads of the pop rivets black to help conceal them against the black felt. Only you and I will know about these pop rivets when everything is put together!

I subscribe to a great magazine called Auto Restorer. It’s not a fancy glossy magazine, but rather a simple black and white publication that can be mistaken for a club newsletter, but I love reading it! It has no commercial advertising, so it’s filled only with information about cars, and car restoration. I probably learn more from this one publication than any of my other four or five car magazines I get a month! An article this month was especially pertinent because it dealt with how to wire an alternator into an car that didn’t come with one. I’ve read many articles on this subject, but this article actually explained it better than I’ve ever seen before. 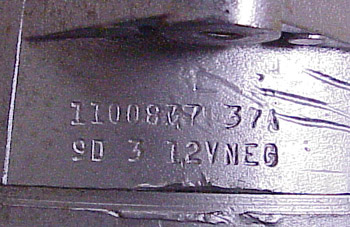 My car was made right at the time when Ferrari was beginning to install alternators instead of generators in their cars. In the box of parts I got with my car, a “Delco-Remy” alternator was included, but François told me that this was not original. Switching to a “single-wire” GM (Delco-Remy) alternator would probably be a good thing because it has an internal voltage regulator and eliminates problems I may encounter using the Marelli regulator, but first I need to figure out if I have the right alternator. I wrote down the numbers on the case, and will have to find someone to decode them. 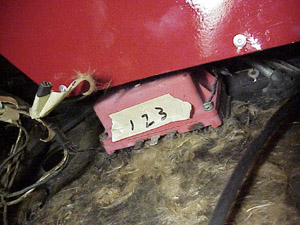 After reading the article several times, I began checking the wiring on my car. I needed to determine how to wire the ammeter so it would still work, and which wires I would need to unplug to bypass the old voltage regulator. It was slow going, but I think I finally came up with a plan by running only one extra wire from the fuse panel to the alternator. Let’s hope I got it right!