Several months ago I was contacted by Scott Garvey, a new owner of a 250 GTE. He purchased his car from a dealer who was selling it for the original owner. He wanted to know if François would give his car a mechanical inspection, and fix what was needed. The car hasn’t seen many miles in recent years, and has about 60,000 miles on the odometer. She smokes a little, so François was asked to make an assessment of the rings, valve guides, and general condition of the engine.

A few weeks ago, Scott delivered the car to François’ and with Scott’s permission, I will document some of the repairs we will make on his car. It’s exciting for me to watch his car being fixed as I’m sure it will be for him, so many miles away! 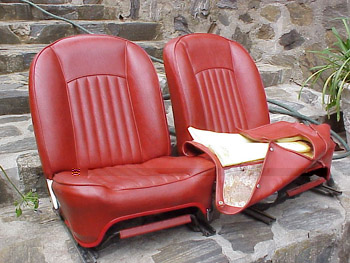 Well, François had some time to take a look at the car today. First thing was to remove the seats. Yes, your suspicions are true, the previous owner replaced the Connolly hides with vinyl! 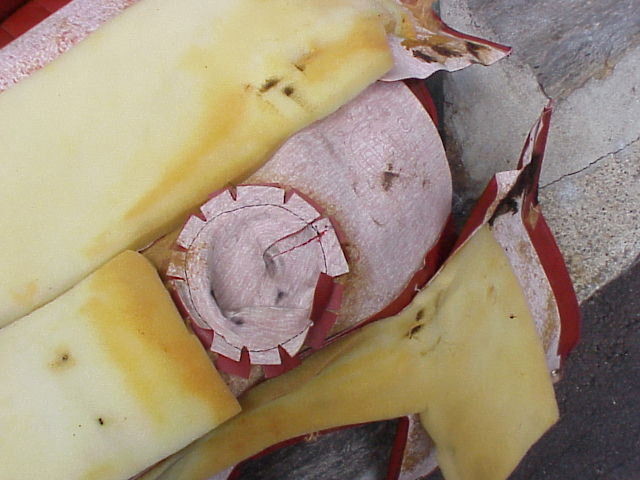 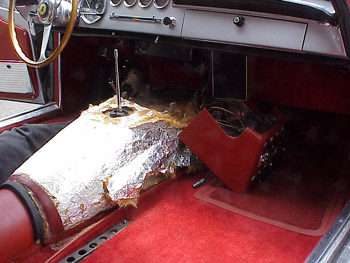 François wanted to look at the overdrive mechanism, so the seats, and center tunnel need to be removed. The console where the radio and switches live are moved to the side, and a bunch of bolts are removed. 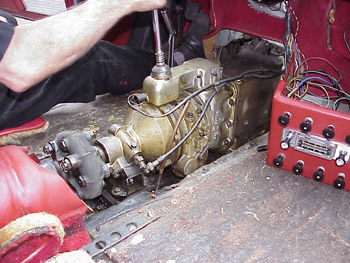 Checking the operation, François found some strange things. The overdrive was somehow getting power when it wasn’t supposed to. Further investigation will have to be done. 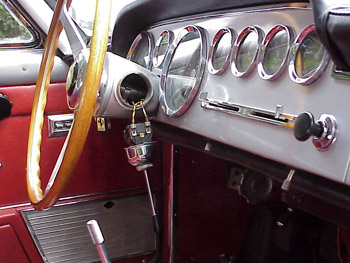 The overdrive switch was pulled to check as well. 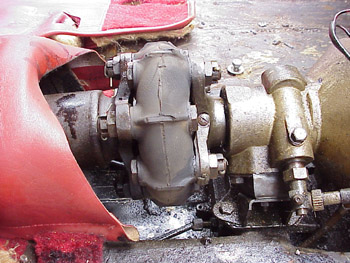 One thing that was discovered when the transmission was exposed was a leaking rear seal. Most of the gear oil has collected in the belly pan, and is a dirty oily mess. Luckily, this seal can be replaced without removing the transmission. Just the drive shaft, rubber doughnut, and transmission yoke will need to come out to get to the seal. I replaced mine when I went through my transmission. 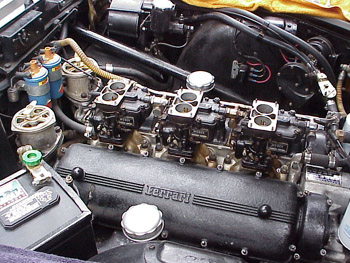 Next part of the investigation is the engine. Ignition wires need to come out before the valve covers can be removed. 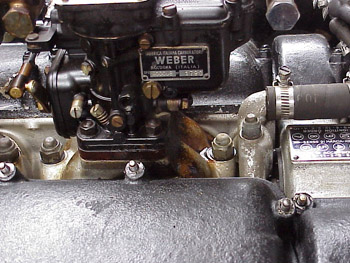 You can see from the stains on the intake manifolds that the carb base plate gaskets are leaking fuel, and maybe even the carbs themselves. (250 GTE carb bodies were painted black, my 330 carbs are natural)  When Ferraris used to have the spark plugs on the inside of the heads, you can imagine what kind of fire hazard you could have! 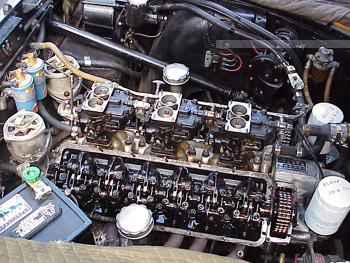 On a quick visual inspection, the roller followers look pretty good. The cam chain is loose but may only need an adjustment. The oil is filthy! François will need to do a closer inspection to see what is causing all this sludge, and dirt. He first wants to try running some new oil and some oil additives to see if he can calm the smoking down. A rebuild will be the last resort. 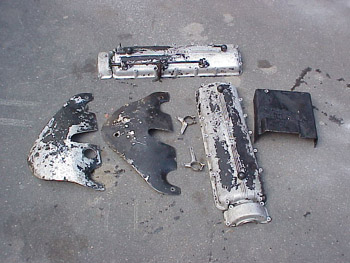 Parts that need wrinkle paint have already begun the paint stripping process. See how the 250 exhaust shields are different in shape compared to the 330 ones I just fabricated? I’m going to get a tracing off these to keep for my records in case I ever need to make a set!