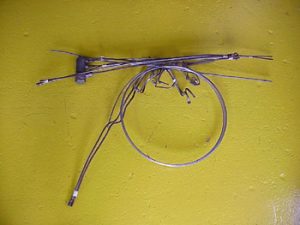 François made some brake lines for me using the old brake fittings and some of the old lines for a template. Luckily I had both SAE and Metric flare nut wrenches, because the fittings that go to the Dunlop brakes were English, and the Ferrari proportioning valve were metric. The extra coil of brake line you see is for the long piece that goes to the rear brakes. This piece will have to be flared on the car so the line will fit in the through holes in the chassis. 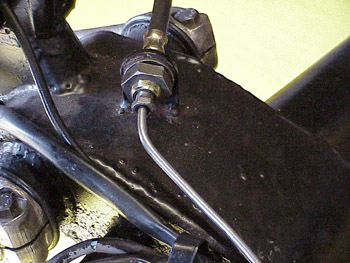 I tried my best make the bends neat and tidy, but the original lines were not run in the neatest path. 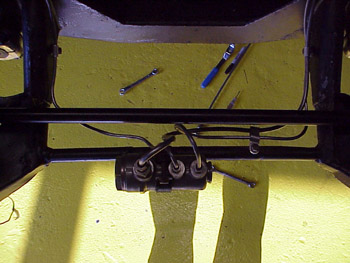 Since the lines were pre bent using the existing lines, not everything ran smoothly. If I tried to make right angle turns, I would run out of line to make it to the fittings. I felt these lines looked too sloppy, but when I looked at other Ferraris of this era, they too looked like the lines were bent by hand! So instead of blaming my ineptitude, I’m going to say I was trying to keep it concours correct! 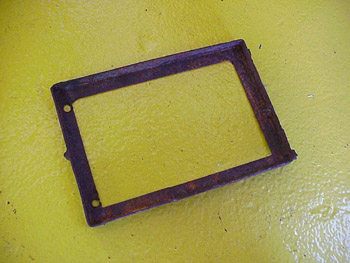 François lent me the bottom portion of an original battery tray from a 275 GTB. I will use it as a guide to buy the right thickness steel to fabricate my battery tray. The battery for the 275 GTBs were a little smaller, so my bracket will be a little longer. 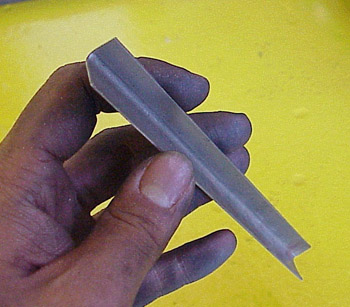 The top bracket will be in the same shape, but will be a thinner steel. François lent me a sample of this as well. He has run out of the stock he had to make more brackets, so I’ve volunteered to look for more. He has warned that it will probably have to be made from scratch because the angle iron found at “Home Depot” will be too thick. This stuff is more like thick sheet metal. I know that CBS has a sheet metal brake, so all I have to do is find the right gauge sheet metal, cut some up, and go to the CBS Construction Shop… 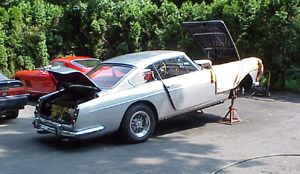 Scott Garvey’s car is back together, and François and I went for a drive! I shot this movie while I was riding (click on the picture). It sure is inspirational to ride in one of these cars once in a while to dream about the day I get to drive mine!!!

Sorry, the sound quality of François speaking is heard to hear over the V-12’s rumble, but if you’re wondering what he’s saying, “…Makes no noises…it’s a good car…Transmission and the driveshft…no vibration…”