Back from Monterey Part I

I just got back from what I call “The Monterey Car Weekend!” I know, it’s Tuesday, but as I tell the story of the weekend, you’ll see what happened!

I flew into Monterey on Thursday afternoon, and went straight to Laguna Seca Racetrack after checking into my hotel. It’s a great time where it’s free to get into the pits, and the atmosphere is relaxed with a hint of nervous excitement of the upcoming weekend. I stopped by the DoubleTree Hotel to look over some of the cars up for auction, went to dinner with some Ferrari friends and called it an early night. 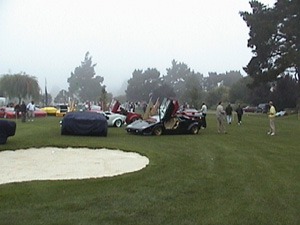 I got to Concorso Italiano early o’clock, and got on the lawn before it got crowded. Many of the cars were still rolling in. There’s always a strong showing of Lamorghinis. Some people think they park with their doors open like this to show off, but I think it’s because it’s the only other way to see what’s behind them besides looking out that gun slot rear window! 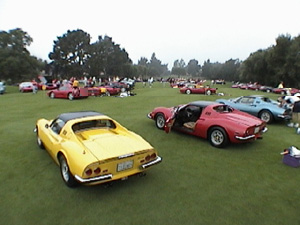 Ferraris were everywhere! They were organized in groups, and many formed a pretty pattern of colors. Look at all the V-8 cars stretching out towards the horizon! 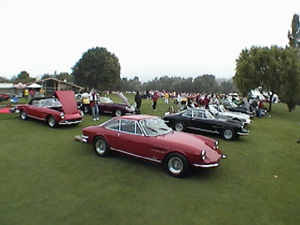 Of course there were tons of VIntage Ferraris. I heard someone say that there are more Vintage Ferraris at Concorso Italiano than can be found at ANY Ferrari event in the U.S.! Whether this was actually true, I could definitely believe it’s one of the best turn outs of Ferraris in the U.S.. 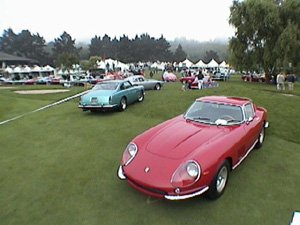 Many of the great Ferrari models were represented. Here’s a 275GTB in the foreground, a 250GTE, a Lusso, and in the distance, 330GTCs, GTSs, and even a Monza, and a few 250 Testarossas. 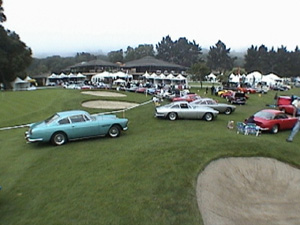 If you love old Ferraris, you’ll be in Heaven! It’s a very different event than the Pebble Beach event that I went to a few days later. It’s a casual event with a lot less “high brow” attitude, but still elegant enough to feel like a special event. It’s a nice mix of people and beautiful cars to see. 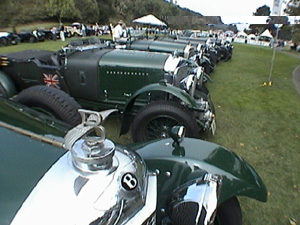 Bentley was a Featured Marque for the Monterey Weekend, so there were a lot of them around. I love the engineering found on these cars built in the 20s. I’m just learning about their history, so I’m no expert on the cars, but I’m pretty sure there were more Bentleys gathered on the Monterey Peninsula than anywhere in the world! I was lucky to be in their presence! 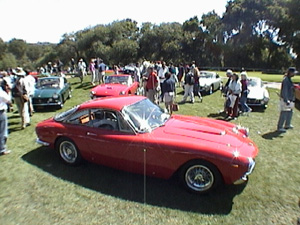 The sun finally came out midday, and it got HOT! All the clean cars really started to sparkle! There were at least seven Lussos at Concorso, which only made me more conscious of my need to own one of these cars someday!

As it got really crowded, I began to get itchy feet to flee to the track! Looking at all these beautiful cars was great, but hearing engines turning at full fury is something not to be missed, so I headed across the hill to Laguna Seca. The rest of my Friday included time at the auction held at Quail Lodge, and soaking in the sights and smells at the track. Next time I’ll show you what I saw at Laguna Seca on Saturday. Stay tuned!