July has been the last time I mentioned Scott Garvey’s 250 GTE that has been at François’ shop. The last time we heard from the car (literally) was when we took it out for a test drive. After a few hundred miles of driving, the car is still smoking, and it looks like the worn valve guides need to be addressed. François felt the car could be driven as is, but Scott has decided to make the engine right, and go for a rebuild. This week, François began the long process of rebuilding a Ferrari V-12 engine. 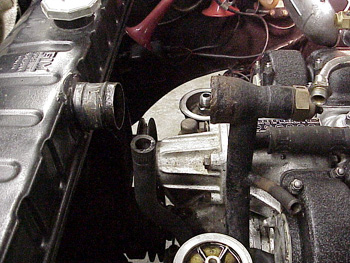 As in any engine rebuild, the first step is to remove the engine from the car. Wires have to be disconnected, and hoses need to be undone. 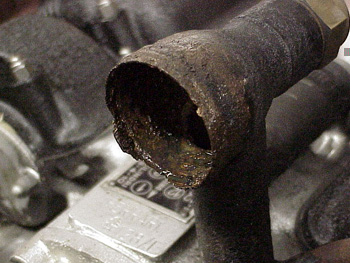 One of the main coolant pipes shows some pretty bad corrosion. Either this one will have to be fixed, or a new one fabricated. 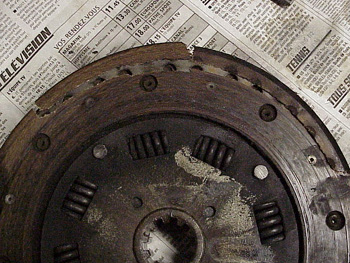 Scott was VERY lucky! When the engine and the transmission was removed, François found the clutch one step from coming apart. You can see the paper thin clutch material breaking apart, and one shiny rivet beginning it’s path of destruction on the flywheel. The flywheel shows signs of machine work in its past, but a new clutch is in order! 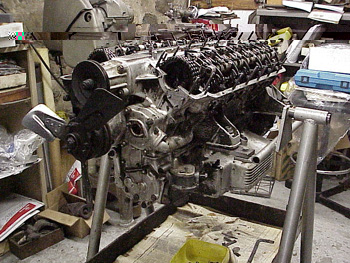 Here’s a familiar sight, another Ferrari V-12 on François’ engine stand. If this stand could only talk about all the motors its been mated to in it’s over 30 year lifetime! 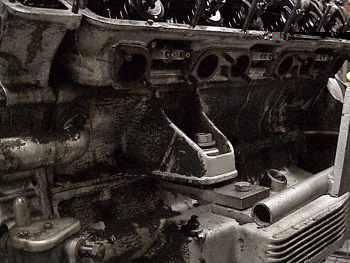 This engine was one of the dirtiest François has seen. When they first got Scott’s car, they power washed the engine compartment to rid some of the grease. Now with the engine out of the car, there’s still quite a bit more to clean! 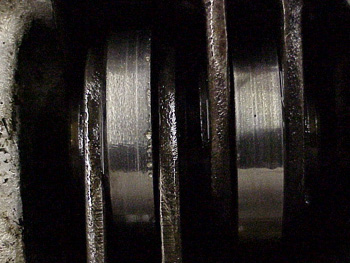 As the engine is stripped, notes are taken as to what is needed in the rebuild. Here is a close-up of two roller followers that ride on the overhead camshaft to operate the valves. The left one shows chips starting to form on the edge. This one will have to be replaced. The rest will have to carefully inspected to make sure they are O.K.