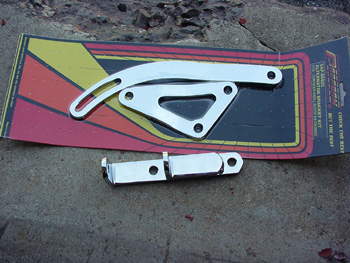 The adjuster bracket that I bought from Summit Racing won’t work. It doesn’t have enough of a bend for my particular application. 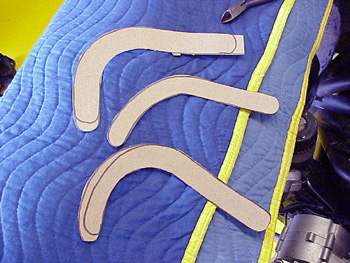 Using the metal one as a guide, I began trying different brackets made from cardboard. Once I get a shape that will work, I’ll see if I can find a band saw, or a plasma cutter to cut one out of steel….Cheese Doodles, right? 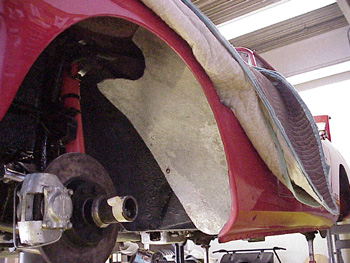 I finished cutting out the aluminum for the splash shield. As I tried to fit it to the car, I soon realized it would need a compound curve to fit correctly in the wheel well. It took a while of fitting, hammering, and refitting to get it just right. 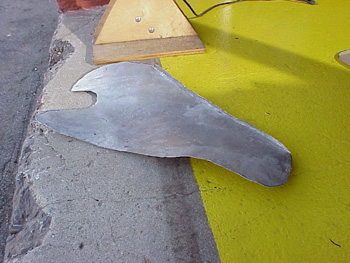 Once I got it to fit nice and tight, I sanded the shield to ready it for paint… Doesn’t it look like a big aluminum potato chip? 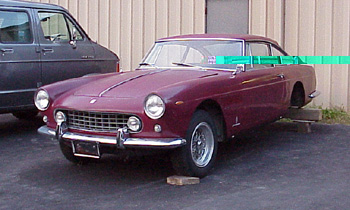 I stopped by a shop in Connecticut looking for some Ferrari parts. Jerry Curtis has been working on Ferraris for years, and has accumulated a bunch of parts, especially for the 2+2 cars. I was greeted in the parking lot with this 250GTE. It looks like a Series I, missing its engine, transmission, rear end, and even Serial Number! It was obviously stripped of the important numbers and parts sometime in its life to make a Ferrari fake. 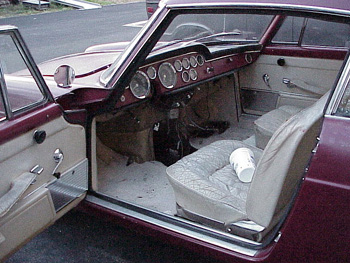 The car has a nice Magnolia colored interior, and much of the bright work is in good shape. It saddens me to see such a nice car ruined to make something that will never be a real Ferrari. Jerry would love to see this car return to the road, and can be contacted if someone is interested. I often perish the thought, but this could be a V-8 candidate! 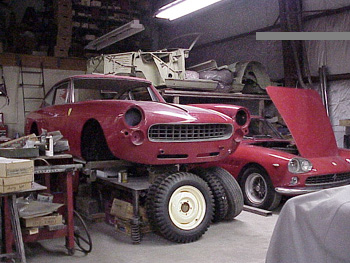 Inside there were more parts and cars. Here is a 330 America SN 5047! Unfortunately, like many of Jerry’s cars, it too is missing the all important engine, transmission, and rear end. He has, however found a lot of pieces for these cars, and may even have enough to build one car! You never know!

The four headlight 330GT poking out in the back, SN 5263, is the very first 330GT 2+2. It’s actually a complete car, and needs some TLC. Although Jerry would like to keep this car for himself, everything has a price! If you need some parts, or want to ask about one of these cars, call him at this number:

Tell him I told you about it. He has also done a couple of V-8 conversions on these 2+2 cars, and may be able to help if you go that direction. Good luck!