I started installing the knobs to the center console I polished months ago, but noticed that some were missing their set screws. 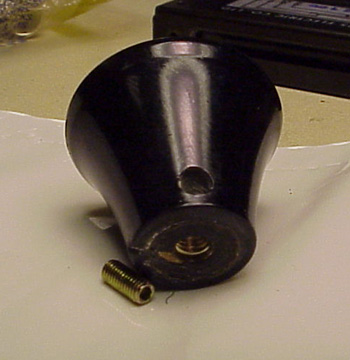 I remember seeing a some set screws at work, so I took the knobs that needed them and found some that fit. The only difference was these screws needed allen wrenches to install them. The original ones used an ordinary flat screw driver. The CBS Maintenace Shop guys thought I was nuts to want to modify these screws to accept a screw driver especially since the allen heads are far stronger and allow a precise fit. I defended that it was not my anal retentive tendancy but rather the need to keep everything universal. I’ve worked on many cars that had mismatched harware where an assortment of tools were needed to remove a couple of bolts. In the case of these knobs, it would be pretty frustrating to go to remove all the knobs on this car only to find you would need both allen drivers, AND a small screw driver to do the job. 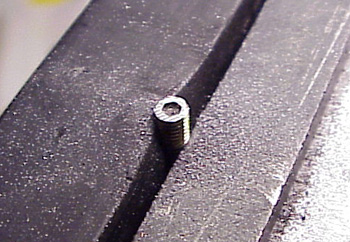 I clamped the screw in a vice with some soft jaws and filed down the allen head. Once the head was flat, I carefully cut a slot with a hacksaw to a depth where a small screw driver would fit. 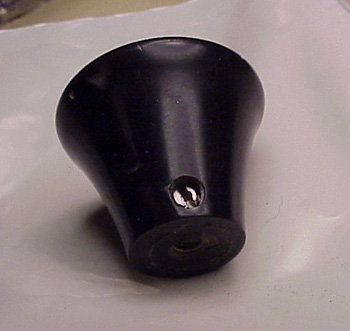 Here it is done and installed. This set screw still has a slight ridge from the allen hole, but the next two I made were perfect.