Sloshing Around in Hershey

Hershey Pennsylvania is located in the middle of the State just west of Harrisburg. It’s the birthplace of Hershey Chocolate, and to car enthusiasts, a place in the Fall for gather for one of the largest swap meets, and car shows in the Northeast. For a Ferrari enthusiast, there is not a ton of stuff, but there are always something available if you know where to look.

The weather was the main concern this year, and it rained ALL DAY Friday while I was walking from stall to stall, but I was surrounded by only the diehard car fans. We weren’t going to let  3 inches of rainfall stop us from looking at rusty old car parts!

The major goal I wanted to achieve at Hershey was to locate wiper blade refills. I already looked for some to fit locally, but they either didn’t fit the claws of the blade holder, or were too long. I needed 12 inch refills that fit a “Trico” holder. Each company offered different widths and they may have even changed through the years. The only way to be certain, is to test fit them. 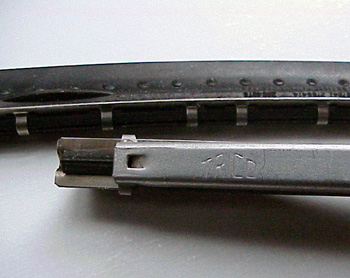 It’s amazing how I can go to dozens of swap meets in the US, and never notice the old steel “Trico” and “Anco” refill boxes that used to sit outside gas stations. I picture these cases sitting next to the racks of oil cans at the local gas station in my childhood. At Hershey, these cases held the old refills that fit my wiper arms. They have the correct stainless steel back bone that have been replaced with black plastic, or a solid piece of black metal. They also have a different molding to the rubber that reflects the earlier look. They’re small details, but at least it looks “correct” for my Ferrari!

Prices vary as well, so that’s why I love shopping at swap meets. Because it was raining, I bought the first pair I found. They wanted $10 bucks each for the 12 inch refills, but I didn’t want to chance not finding more, so I paid $20 bucks for the pair. For swap meets as large as Hershey (stalls in the thousands) you learn to buy important things immediately because finding the same dealer again may be problematic!

Keeping a sharp eye out for more wipers, I found a box of loose wipers on a dealer table. I found three wiper blades identical to the ones I bought a couple hours earlier. I got all three for $10. Buying these for future use made plenty of sense, but didn’t make me feel bad about the ones I bought earlier. If you look at the total price paid, I got them all for about $6 bucks each!

At another stall, I was poking around a tool box filled with machinist’s tools, and I found this caliper. It was made by Brown and Sharpe, and looked to be in good shape. I know that I can buy a digital caliper these days for pretty cheap, but there’s something nice and simplistic about these old calipers. I can also throw this one in one of my tool boxes and know that I won’t have to worry about a dead battery when I need to use it. 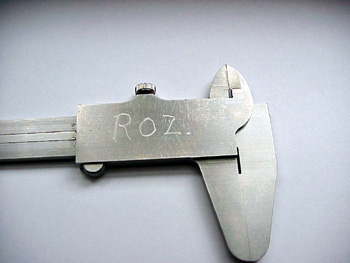 I asked what they wanted for it, and I bargained them down from $20 bucks to $15, which I felt was a good deal. Please don’t burst my bubble, and tell me they’re worthless! Besides, Roz probably got some good use out of it, and now I can carry on the tradition and put it back into service!