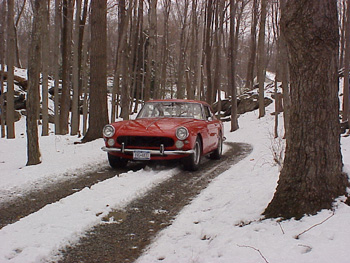 Four inches of snow fell last week up in Connecticut, but the roads were dry enough for the short drive between my unheated garage, and François’ shop. Driving the car in the wet doesn’t really bother me too much, but when it snows and there’s salt mixed in with the water, I don’t drive the old cars. Winters in the Northeast are variable. Some years there’s hardly any snow, and some years the snow lingers until April. Every time I put the cars away, I know that it may be several weeks before I get a chance to use them again. I don’t put them away for dead storage, however, because running them through the winter helps keep fluids moving, and seals from drying up.

The weather was threatening with more snow, so I didn’t have a lot of time with the car. I managed to install the overdrive relay, but didn’t want to test it in the snowy roads. It may have to wait a few weeks for clear weather. 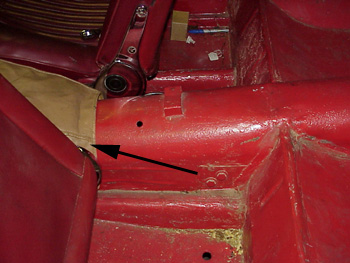 While I had the car, I made another measurement for the seat belts. I want to install 3-point retractable seat belts, the same you find in a regular car. Since Ferraris, and many cars rarely came with even 2-point belts (lap belts), I’ll need to do some fabricating. The arrow shows the way the inner seat belt will run. It will be 15 inches in length before the buckle, and will bolt to one of the bolts at the beginning of the arrow.

I’ve spent a lot of time thinking about how I want to do this, but ultimately, I think the best way is to order a set of belts and see how they fit. Fabricating brackets and welding anchors will be much more precise if I have a set of belts to fit to the car. This inner measurement is the only variable that I needed to place my order. Stay tuned to what comes in the mail! 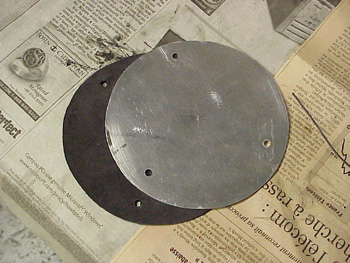 After I put the car away, I needed to find a project I could do without the car. Making a cover plate for the fuel sender seemed like a perfect snowy day project. If you saw the movie last week, you would have seen the access hole on the back deck of the rear window to the fuel sender. There’s supposed to be a plate there to cover the hole, and mine is missing. I have to admit, I probably misplaced it, but making a new one was no big deal. Here’s the completed plate and gasket ready for installation. 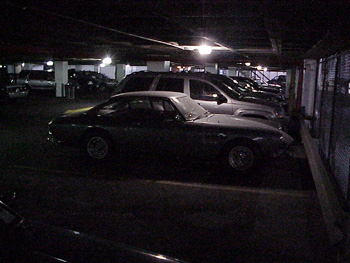 On my return to the City, I found this Ferrari in my parking garage! It’s funny how these old cars turn up when you least expect it. There used to be a GTE that parked in my garage, and now this Series II 330GT 2+2. I wonder if the owner visits this site…