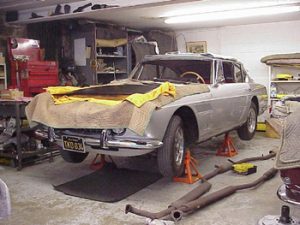 Since it’s too snowy to work on my car, I’m going to give you an update on Scott Garvey’s car. Scott’s car is a Series I GTE that has been at François’ shop for an engine rebuild, and it is about to go in for a complete interior restoration (but not before mine!).  The windshield will be replaced because the old one has a star crack in it, and a couple of other issues will be addressed. 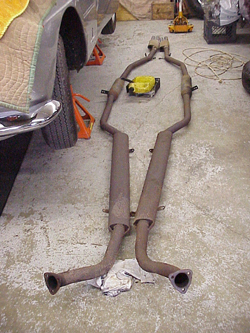 The previous owner installed a “non stock” exhaust, that Scott wants replaced, so François has removed the errant pipes. The plan is to install an Ansa system. François is not convinced that the Stebro system, nor the Timevalve system is the best for right Ferrari sound. My pipes have a slight Puffing sound at the rear resonators, and Yale thinks his Timevalve system is a little too quiet at full throttle. When Scott’s exhaust gets installed, I promise to make a full comparison with sound clips! 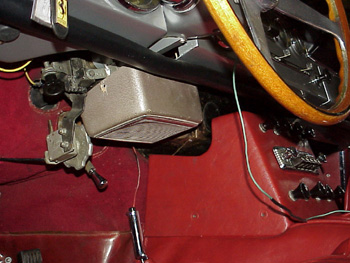 I promised I would help Scott with his speaker installation. I found this original Blaupunkt Speaker enclosure that will go well with the vintage look, but where to mount the speaker will be up to Scott. 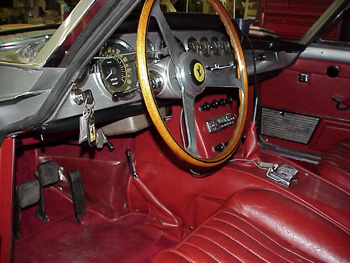 One place could be under the dash on the driver’s side, but I think it gets too crowded under there to add anything else. 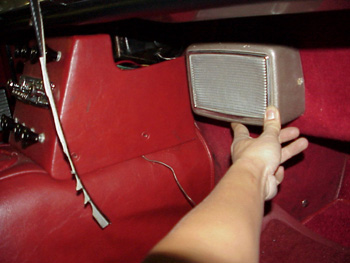 Another option is to mount it on the passenger side firewall. Holding it with my hand to get this picture doesn’t really help visualize what it will look like, so… 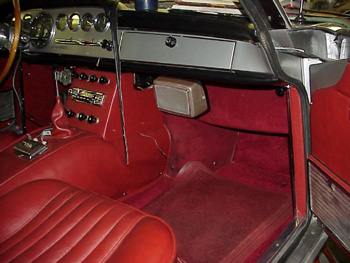 With a little Photoshop magic, here’s what it will look like mounted on the passenger side!