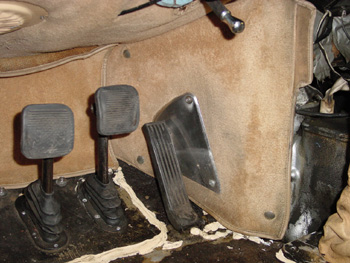 I spent the other day helping Michael and François work on #4969 to remove the engine for a rebuild, but I also had the intent to take notes and pictures on how this car was put together. My car’s interior was taken out before I became the owner, so I only have clues as to how the interior originally looked. One such place is in the pedal area where I mentioned I was missing a plate for the accelerator pedal. Since this car would be laid up for major heart surgery, Michael let me borrow the stainless steel plate for copying. 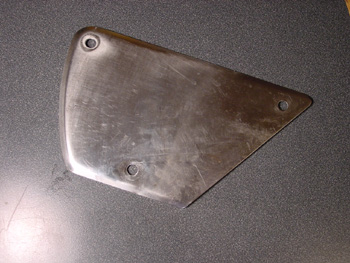 The plate unfortunately is not a simple flat piece of stainless steel, but rather has a slight bevel on three sides. Mike Sewell, the sheet metal fabricator who made the grille and door panel pieces for the Ferrari, agreed to give it a shot, so it’s off to Mike’s shop! 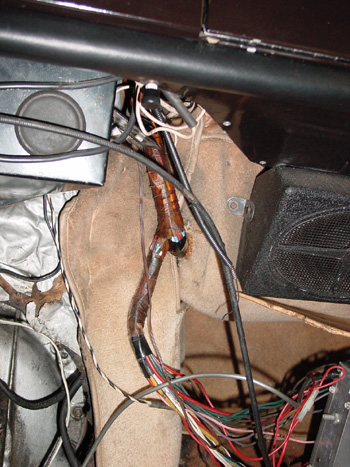 With my head under the dash taking pictures, I also took this shot of the wiring under the dash. Although this shot may make absolutely no sense to you, I see a wealth of information. I see how the carpet covers the wiring as it comes through the firewall, I see the black and white striped wire from the heater motor and how it’s not attached to the rest of the harness, and I see the speaker is not original to the car. These pictures will help guide me through my restoration. 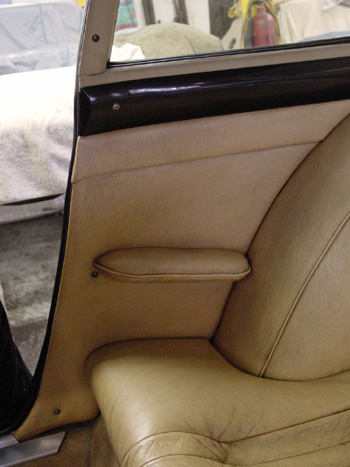 This picture shows me where the screw holes go to hold the rear panel in place. I don’t know if you caught it in the last post, but in this car, the seam on the rear wheel well lines up with the seam on the seat! 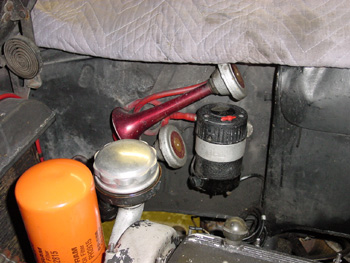 While I was taking pictures, I noted the color of the horns. This scarlet color is the original color of the FIAMM horns. It’s a bit translucent, but worth taking note if you are restoring a 330 America, or late 250 GTE. 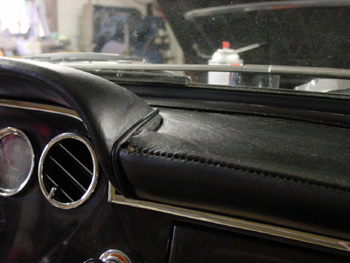 The big ticket item I went up to see on 4969 was the dash. Frank insists on redoing my dash because the previous owner did such a crappy job. He also felt the details on my dash are wrong, so a new dash would not only look better, but it would also correct some mistakes the previous owner made. I decided since 4969 had an original dash, it was a perfect opportunity to take some pictures and note the details. 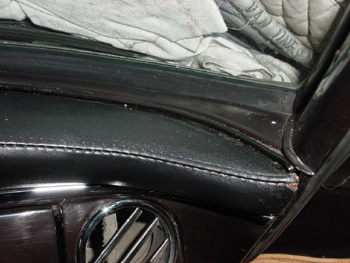 Frank will use these pictures to make two dashes so when Michael is ready to do his, another leather cover will be ready to install. 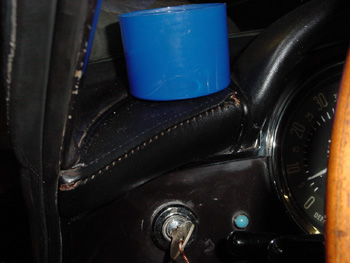 Although 4969’s dash looks presentable in these pictures, it has shrunk pretty badly on the side that tucks under the windshield, and has pulled away from the edges. If anyone else in need of a dash, let me know and maybe we can have a few made up! 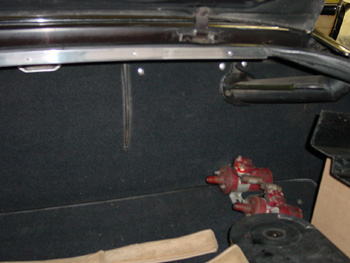 Another place I want to make a note of is the way the snaps are laid out in the trunk area because eventually I’ll be making these pieces up as well!