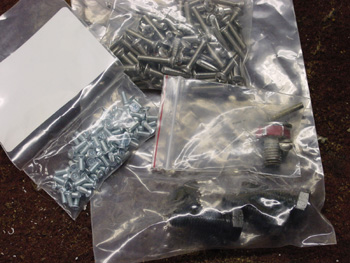 It seems like very little was done on the car this week because most of my day was spent traveling. I had to pick up some hardware for the interior trim on the car, but I wanted to wait until I had several pieces to buy before I made the trip to the metric fastener company. Metric and Multistandard is a company that obviously sells metric fasteners, but they usually sell in bulk. Unfortunately, the companies I know that deal in smaller orders were over an hour’s drive away, and the savings in buying in smaller quantities would have been lost in gas, and time! This doesn’t mean that I saved that much in time, because it took all morning to drive to Hawthorne, wait for my parts, and drive back! 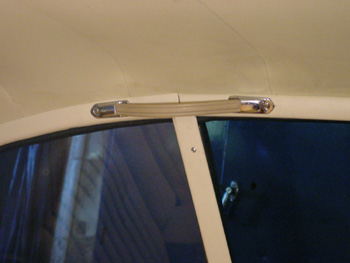 I needed small machine screws for the door lights, Grade 8 seat belt bolts, and these screws for the grab handles above the doors. Originally these screws were chromed, but I was missing a bunch of them. Each handle gets four chrome plated machine screws with phillips oval heads, but I bought stainless screws to replace the missing ones. To hide the stainless screws, I used them under the handles, and put the chrome ones on the outside where they’re visible. No one will know except you and me! 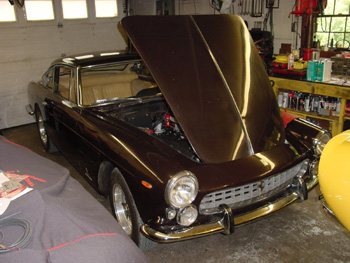 Since most of my day was lost getting screws, I decided to stop by François’ shop to see what was going on. He’s as busy as ever, with short nose GTB back from paint, a 500 Superfast finishing up a restoration, a Daytona and a GTE in for service, a Lusso waiting for restoration, and this 330 America with a completed engine rebuild. You may remember Michael Greenspan’s car from 6 months ago, when we pulled the engine out of the car. Since then, 4969 has gotten a complete engine rebuild, new carpets, and newly dyed seats. 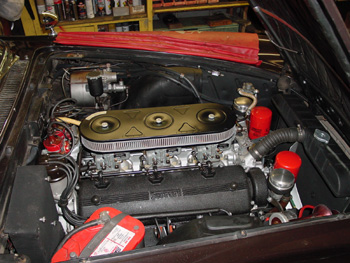 Although the car still needs some final detailing, Michael was able to take the car out for her first drive since shipping the car to NY from California over 8 months ago. From the looks of it, he enjoyed the drive, and should be looking forward to many more miles in this car. It was almost bittersweet for me to see another 330 America driving about as mine sits waiting for the day to hit the streets again. Soon,…soon.