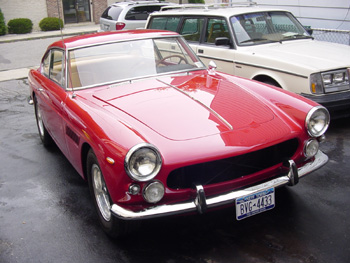 There comes a point in a restoration when one needs to decide when the car is actually done, otherwise the little things that still need to be done can drag out a restoration on for years. My car is 99.5% complete, and good enough to get a current inspection sticker from the Department of Motor Vehicles. After 5 years and a month, I feel that is quite a milestone! Don’t worry, there are still plenty of things to do on this car, but it’s a big thing for me to be able to jump in the car, fire her up, and drive her down the street! 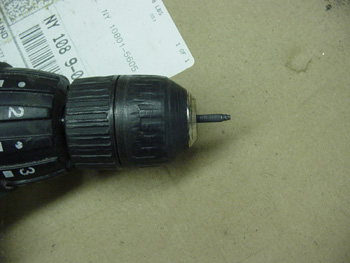 Let’s back track a little bit and tell you how my day began. After installing the carbon rod in the horn last week, I didn’t get a chance to thoroughly test it. It didn’t seem to want to fire the horn, and I would need a operational horn to get the car to pass inspection. My circut tester sensed juice at the wire, but there wasn’t any voltage at the carbon rod. After checking things again, I soon realized that the carbon rod I fitted wouldn’t pass 12 volts! Figuring all carbon brushes are the same, I assumed it would work! Now I know not all carbon is created equal! Luckily I had a second rod, and I tested it to see that it would pass voltage before shaping it to the size I would need. I chucked it up in a drill, and began carefully sanding away the rod until I got the right diameter. 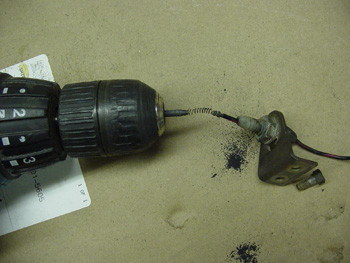 I then sanded a shoulder onto the end of the rod for the spring holder, and checked it for fit. When everything fit fine, I cut the rod off the drill, and installed it on the car. Now my horn works!

I checked under the car one last time for fuel leaks, and realized all that was left to do was to take my car out for a ride! She started right up, and I pulled her out of the shop. It was a short ride out to the garage that would do my inspection, and within twenty minutes, I was completely road worthy and legal!!!

The first thing I wanted to do was get the car out on the highway to test the overdrive. I had fiddled with it over the winter, but since the interior was out, I still hadn’t had a chance to check it. Once I got in fourth gear, I flicked the switch to operate the electric overdrive, and nothing happened. ARRRRRGH!! I put this issue on a list of things I still needed to address.

As I drove the car, I watched all the gauges to make sure nothing looked bad. The clock was not ticking, but after I tapped the face, the second hand began moving. The Ammeter was charging, and I could see a large draw every now and again, which was probably the electric fan kicking on when the thermostatic switch turned it on. The Water temp gauge hovered around 180-190 on this 80 degree day, and seemed to happy in any kind of traffic. The Oil temp gauge never really got past 140 and there was plenty of oil pressure.

I drove the car for about 30 miles, and kept adding things to that list with “fix the overdrive” on it. There are some major issues, and some minor ones, but like I said, they will be done over time in the coming months, but having the car in this completed state is pretty cool! Here’s what’s on my list of “To-Dos:”

2. Go to a smaller tire. I bought 215-70-15s and they are just too wide for the body of the car. There is rubbing at the rear fender lips, and the front splash shields. 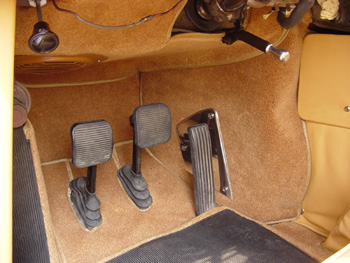 3. Mount the accellerator plate with rivet nuts so I don’t have to crawl under the car to hold the nuts in place. With the 330 motor squeezed into a 250 engine compartment, there is even less room! Right now, the screws are just sitting in the plate, and they are getting hung up on my right foot. Very annoying!

4. Work on the left door alignment. After going to Concorso, I’m ashamed at how poor my door latches. I need to make it better!

5. Clean the engine compartment thoroughly. After sitting at a shop for over a year, it gets pretty dirty! There are also some fuel stains down under the intake runners that need to be cleaned up.

6. I think the tie rod ends are worn, but I’ll have to take a closer look when I get a chance.

7. Finish assembling the grille, polish it, and install it! 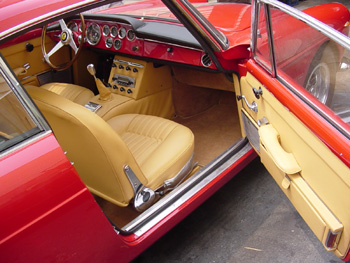 When I got back to the shop, I washed the car down for the first time in a year. I finally got a chance to see this interior in the daylight, and it looks pretty nice! 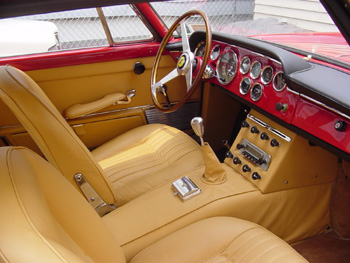 I’m not crazy about the wrinkles on the transmission tunnel seen here at the lower right corner of this picture. The leather will probably shrink, but I will consult Frank if he has a trick to tighten this area. 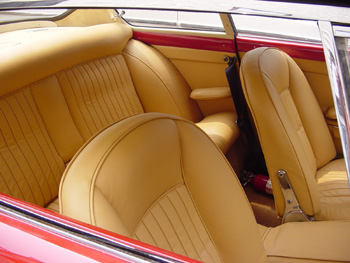 Everything looks so neat and clean! I almost can’t believe I did most of this myself! The seat belts still need to be matched to the interior, but I put the black ones in for now so I could pass the State Inspection. You can also see my fire extinguisher peeking out from under the seats. I won’t be driving around without it! I have nightmares of working so hard on this car only to loose it to a horrible fire! 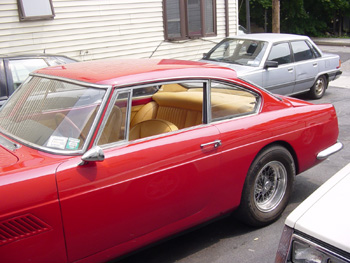 Although I want to eventually return this car to her original color, which was a darker red, this color combination looks pretty good. 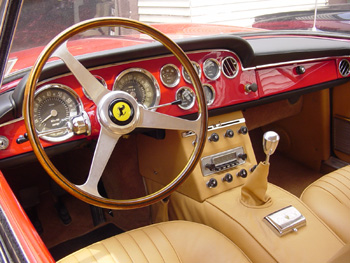 It’s pretty wild to look at this car, and remember touching just about every part of it. A lot of people feel that I could never sell this car because I’ve put too much of myself into it, and I think they’re probably right!