In the back streets of White Plains New York, there is a shop that has been there for years. The Patriarch for which the shop is named is 84 and still comes six days a week with his two sons to work on whatever he pleases. Frank and Santo take care of the day to day repairs of cars, but Dominic enjoys the routine of tinkering and bringing the old Italian engines back to life. 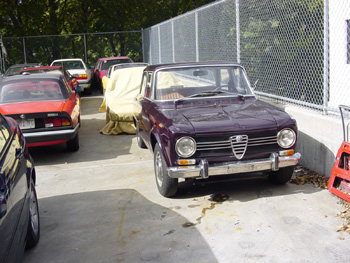 I stopped by for a visit to look at some old cars, and found an eclectic collection of Alfas, and Lancias. The cars stored inside were in better shape, but their outside yard held enough project cars for a lifetime of restoration! 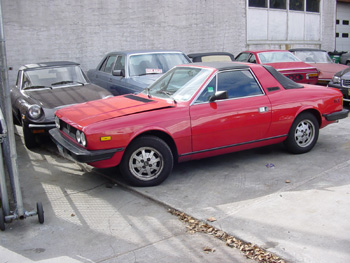 It was refreshing to see some of these Italian cars that aren’t seen driving on the road too often in the NY area. Some of them were in running condition, while others needed some attention. All of them were available for sale! 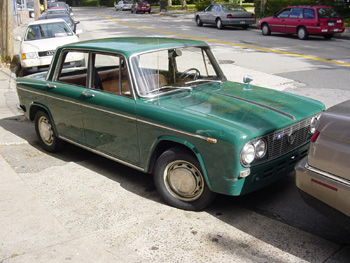 An interesting car they had parked out front was this Lancia Fulvia 2C that was for sale for under 8K. It’s small size was very European, but felt very roomy inside. The engine was a small displacement V-4 so she’s not a interstate cruiser, but would make a great “grocery getter.” 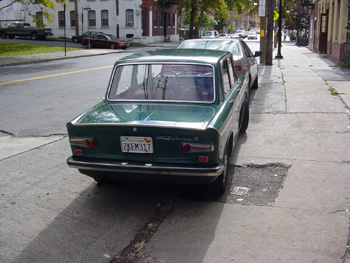 It’s a classic three box design from the early 60s, but very funky and outstanding when parked near modern cars. You won’t loose this car in a parking lot! 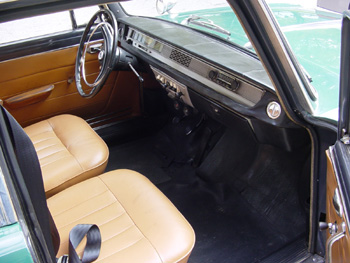 The interior is spartan, and clean. The front wheel drive leaves lots of room for the passengers, and the seats are as firm as they look. 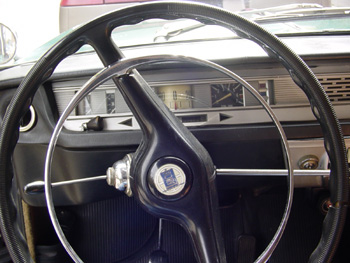 The cutest thing I found about this car was the speedometer centered on the steering wheel. The numbers move as the pointer stays stationary. Ah, those Italians! 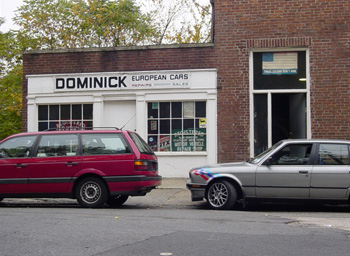