A Favor with Foam 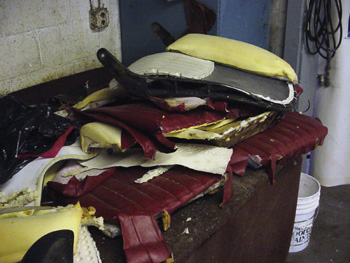 I’m still waiting to hear from “The Panel Shop” about my grill, so I decided to spend the day at “East Coast Trim” helping Frank cut some foam for a set of GTE seats. He’s got at least two Ferrari interiors lined up to do, and this one had deteriorated foam much like mine were when I restored the interior. 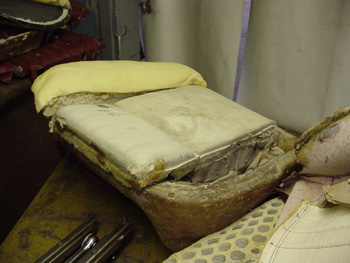 These seats belong to Scott Garvey, and what’s different on these seats is the way the foam is set in the seat frames. Fiberglass tubs sit on metal frames supporting the foam cushions. 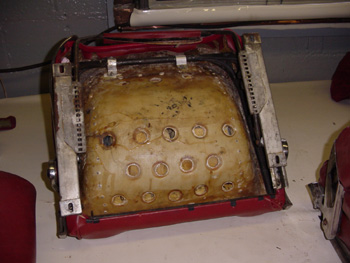 At first I was puzzled by this setup, thinking that it wasn’t original to this car, but after asking around, it looks like Pininfarina used this method as well as the method found on my car. 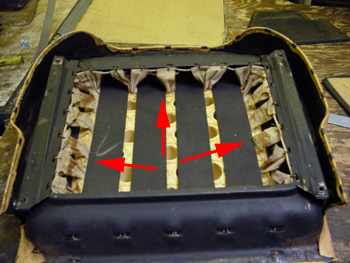 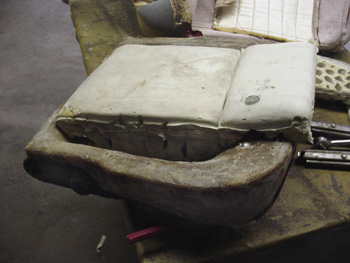 The old foam was pretty dry rotted, and would have to be replaced.  We found a urethane foam that’s pretty close to the feel of the original foam, and we’ll give this stuff a shot. 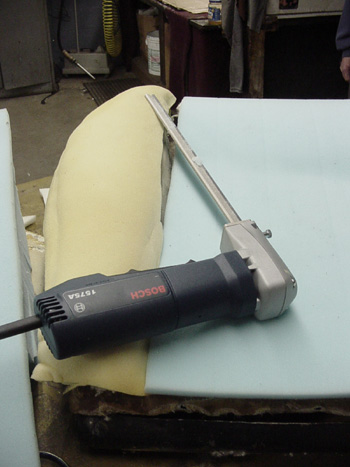 Bosch makes a foam cutting knife that is basically a industrial strength electric turkey knife. The blades are more serrated, the stroke is longer, and the reciprocating speed is much higher, making for much more accurate cuts. I had a chance to try it out for the first time, and I am pretty happy with the results. 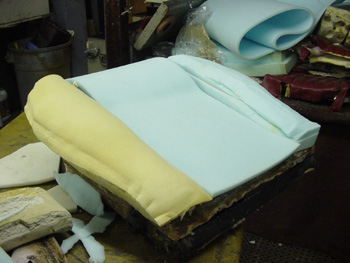 The previous upholsterer covered the original latex foam with a yellow skin of foam, but you can see my replacement cushions in blue. The side piece is intentionally low because one more layer of foam will cover it to bring it up to the correct height. The new knife made things a lot easier. I only wish I had it when I was doing my seats!