My wife gave me a day to myself to work on my cars. It’s been tough finding time with the baby and other family commitments to get a whole day to work on the car, so I jumped at the chance! The day started out with a drive north to our house with “Car Talk” playing on the radio. For those who are not in the US, “Car Talk” is a call in radio show that airs on Nation Public Radio every Saturday morning. I enjoy listening to these guys diagnosing their caller’s problems with their cars, and seeing if I can answer the questions myself before the hosts. I must look pretty silly driving my car, talking to my radio!

Unfortunately, I hit an unbelievable amount of traffic, and what would have normally taken two hours, took me three. Since precious time was a wasting, I immediately got to work trimming and installing the kick panels I was working on month ago.

One project I was stalling on was my windshield wiper motor. After all the work I had done figuring out the wiring, the motor decided to stop working shortly after installation. François’ electrical specialist told me my motor needed a part that had worn out, but couldn’t find a replacement part, so I got my motor back, with no luck getting it fixed. 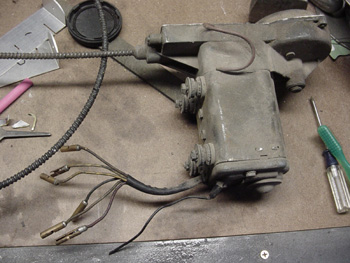 I recently found a wiper motor that’s almost identical to mine. It has a slightly newer build date, and one more character in its part number. Upon inspection, there are no real differences. Checking the movement of the motor, this one was much better than mine, and may actually work. All I had to do was figure out how to plug it in. 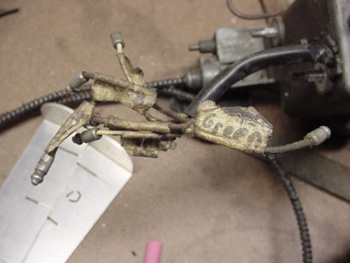 I had figured out how to plug my British made wiper motor into my Italian made car by methodically deciphering the wiring. Neither color on the harnesses matched, so I had to do some fancy tracing and guessing. 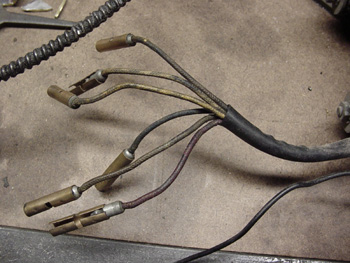 Now it was time to figure out these colors again. You can see from this picture, that even if these colors were correct, they’ve faded so badly that they’re pretty useless. This shot was even taken after I scrubbed them clean with some soap and water. 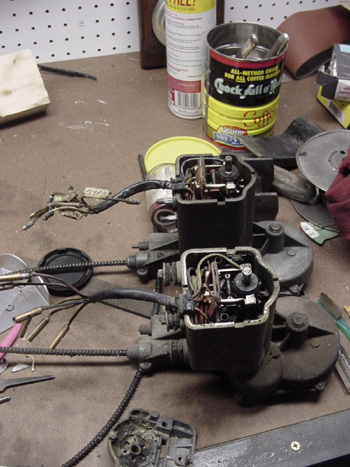 The solution was to take both motors partially apart and trace each wire from the known harness, and match it to the new motor. I originally tried using a continuity tester, but found many of these wires linked inside the motor. I ended tracing each wire by tugging them and tracing them through to where they ended up. It was a slow and tedious process.

After all that time, I took my newly labeled wiper motor, and installed it to the car. NOTHING! Nothing, except an ammeter showing something trying to work. Pretty frustrated, I’ve decided to send both of these motors out for rebuilding. If I can get them to a point to where I know they are in working order, I can go back again, and check my wiring. Anyone know any good Lucas wiper motor repair shops?

Since I was pretty frustrated with the time wasted on the wiper motor, I decided to work on something else. I began the process of removing the transmission on my Sunbeam Alpine to free a stuck clutch. I won’t go into detail here, but this would turn out to be filthy work. When I quit late into the evening, however, I felt satisfied by having a full day to work on my cars.