Last week, on the advice of several Internet Friends, I called Joe Curto in NY about my wiper motor problems. In talking, I found him very knowledgeable about the Lucas motor and its associated problems. I told him I wasn’t even sure my switch was wired in correctly, and my attempts at finding an accurate wiring diagram for the interface ended in failure. He felt that I was flirting with disaster, and fires were not uncommon with these old motors, even when he’s wired them up on his workbench. Although some of you feel that I can tackle this myself, I’ve decided to hand this over to someone who sounds like they can do it better than I have. Joe advised me to send him both the wiper motor and the switch. He could then determine exactly what was wrong, and show me how to plug it into my car. Once I have an idea of how it is supposed to be plugged in, I can figure out the wires in the car. This of course meant I had to take my console out AGAIN to get to the wiper motor. With Spring so close to us, I am beginning to worry that I will have the car half apart again when driving season is here again. Let’s just hope I get everything back together again soon! 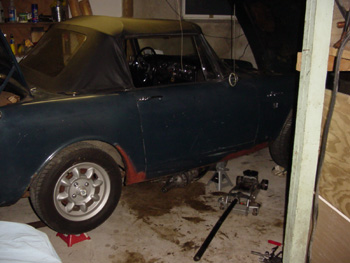 After I got the wiper switch and motor out and ready to bring to Joe’s next week, I got back to a project I began a couple of weeks ago; unsticking a Sunbeam Alpine clutch. After much struggle, I finally got the transmission out of the car. I am finally understanding why François chooses to work only on older Ferraris. Working on different cars requires special tools and techniques, and figuring it all out each time wastes an unbelievable amount of time. His expertise is with Vintage Ferraris, and he rarely deviates from these cars. Laying underneath my Alpine had me asking why I didn’t stick to one Marque! 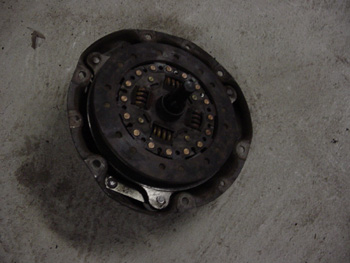 After unbolting the pressure plate, I got to the culprit. The little amount of force required to unstick the clutch disk seemed ridiculous compared to how hard we tried to unstick it with it in the car. Luckily, the clutch alignment tool I bought on the Internet fit (Yes, you can buy just about anything on the Internet!), and I was ready to reinstall the assembly. 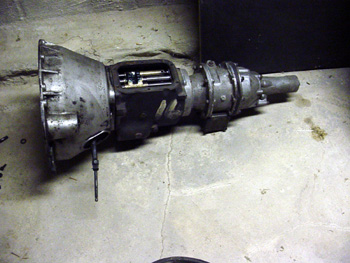 Instead of reinstalling the old transmission, I am instead going to install this overdrive transmission. It is an original Sunbeam Transmission, but with an overdrive unit similar to the one on my Ferrari. 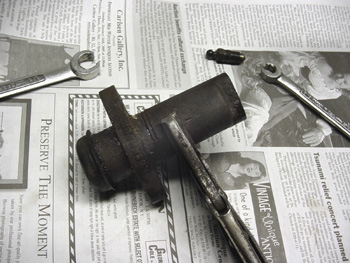 While I was under the car, I decided to rebuild the clutch slave cylinder, so out it came, and onto the work bench for rebuilding.

Hopefully by Spring, I’ll have everything back together for top-down motoring!