My Honda is loosing coolant, and I wanted to see if a radiator shop had any ideas on my mysterious coolant loss. I took this opportunity to visit a shop in Port Chester, NY that also helps François with Ferraris. Richard Piper of Port Chester Auto Radiator and Air Conditioning Works Inc. has been recoring all of François’ Ferrari radiators for years. I wanted to meet Ricky to talk radiators, and confirm some information for us on Vintage Ferrari Radiators.

Ricky was very helpful and knowledgeable on the subject of radiators, and explained some of the things he’s learned through the years. He recores the Vintage Ferrari radiators with a core that looks exactly like the original core, not the modern cores as many shops use. The original core has fins that run horizontally, while the modern cores have a zig-zag pattern between the cooling tubes. 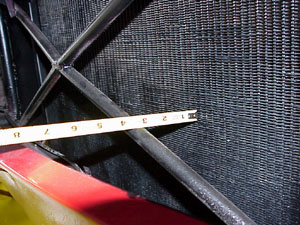 Although this is not the best picture to illustrate what I mean, it’s a picture of my original radiator core.

We talked about the trend in using aluminum cores, and such, but I liked that he sticks to tried and true methods. Although he’ll do whatever the customer wants, he prefers using what has always worked. His turn around time on a regular re-core is about two days, but that depends on how busy he is. As we’re getting into warmer weather, now is the time to get your radiator checked out! 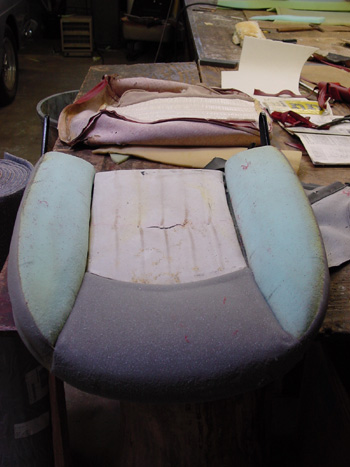 Since I was in Westchester, I stopped by East Coast Trim in New Rochelle. Frank is up to his ears in Ferrari seat reupholstery, and I felt bad I couldn’t lend him a hand. I counted four sets of seats and interiors either being worked on, or in queue! The time consuming work is in the shaping of the foam because each shape has to be hand formed. After forming each cushion, it has to be checked for symmetry with the opposite piece. Since everything was hand made, no two pieces are the same, and that includes the frames of these seats, so the cushions sometimes have to be cheated a little to compensate. There just is no substitution for the man-hours to make these things look right. I often wonder how these television shows make it look like they completed a car in one week when there just are not that many man-hours in week, no matter how many people you throw at a project! 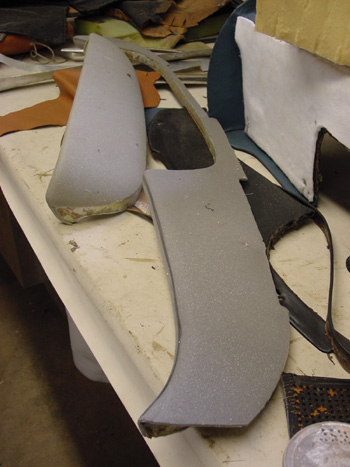 Steve Patti’s 330 America’s dash was stripped, cleaned, and readied for a new leather cover. This was one of the most rewarding projects I completed on my car because of the complexity of this piece. The beautiful compound curves were a challenge for me to wrap with one piece of leather, but when I got it right, it felt great! 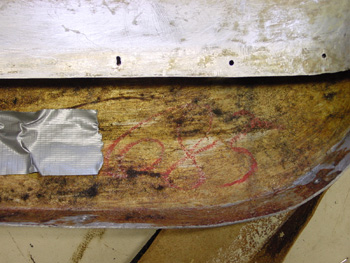 I took a picture of the back side of the dash so Steve could have photographic proof of his PF number. His being “685” and mine being “682” probably means our two Ferraris shared the factory floor when they were being assembled over 40 years ago in Italy. 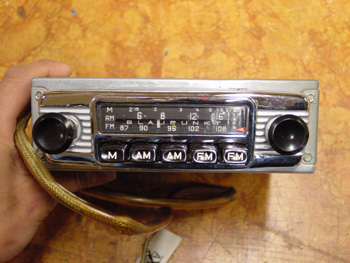 Steve also bought a Blaupunkt radio for his car, and sent it to Frank to install in the car. It’s similar to the one that came with my car, but on closer inspection, there are subtle differences. 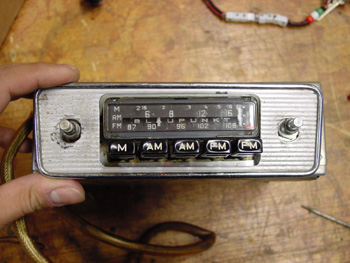 I have a spare face plate for a Frankfurt TR, and was going to sell it to Steve for his car, but found that it does not fit the face of his radio. The cast face plate of his radio is not interchangeable with mine because it covers the space between the push buttons and the number dial while mine does not. 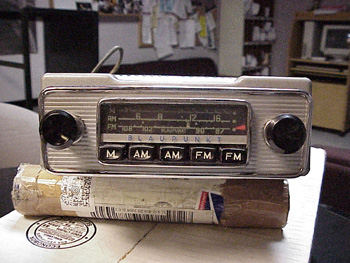 Here’s a picture of my radio before it was installed in my car.

I don’t know if there is a definitive source of what radio is correct for which car, and certainly not which face plate, but I trying my best to take notes when I can so perhaps one day, I’ll understand these things better!

Grille Update:
With my car so close to completion, I’m sure some of you are wondering what the heck is up with the grille. Well, I spoke to Mark at the Panel Shop, and he apologized for the delay. He had a family matter to deal with and had to put his work aside to tend to it. Since my grille is not a matter of life or death, I can wait a little longer. Mark said he would give me a call sometime next week (after Memorial Day Weekend), hopefully informing me of its completion!