I arrived a day earlier in Monterey this year to avoid having any delays in getting to my tomyang.net party on Thursday. Last year, my flights were delayed from NY, and I nearly missed my own party! That kind of stress, I didn’t need, so I thought arriving on Wednesday would make things easier, and it did, kind of…

I managed to get an earlier flight to Monterey from LAX, so I arrived at 3pm, called Kerry Chesbro, and arranged to meet for dinner. Kerry runs the 330 GT 2+2 Registry, and a similar site to mine about his collection of Ferraris. We often find ourselves at the same events, but rarely have time to talk because we’re too busy meeting all the fans of our respective sites. It was nice to find this time to chat, compare notes, and commiserate how much time it takes to maintain these websites that really is a labor of love for the both of us.

On Thursday Morning, I got up at 6am, and headed for the beach. I’ve found that if I stick to NY time, it makes getting up for the Monterey events easier, so to kill time I drove to Seaside. As I got out of the car, it became immediately clear that forgetting my jacket in NY was going to be problematic. The fog was still pretty thick, and the ocean breeze was chilly. Being so cold, I never made it down to the water, but it was nice to breathe in the Pacific air. 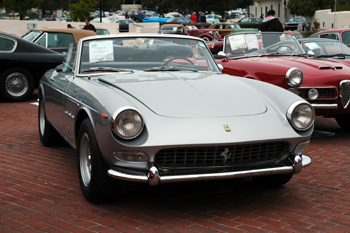 At 9 am,� I stopped by the RM Auction to preview some of the cars. I quickly found all the Vintage Ferraris and tried my best to look them over thoroughly. Often these cars are bought by current and future viewers to my site, so it’s nice to know what’s being sold. It also helps me keep familiar with the models, and study the various ways people maintain them. 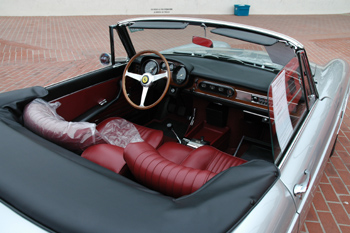 This 275GTS looked very nice, and showed well. Prices on these cars are going up pretty fast, along with most Vintage Ferraris, especially since the other “low priced” Vintage Ferrari convertible is a PF cabriolet. 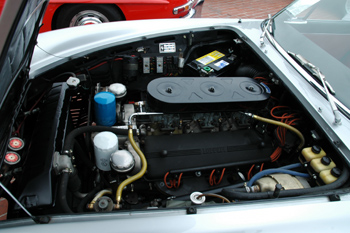 All the major components were there, and if the car drove well, this would be a very nice car to own. Any of these cars could easily swallow $5K in maintenance, but it’s the $15-30K repairs you’d want to avoid! 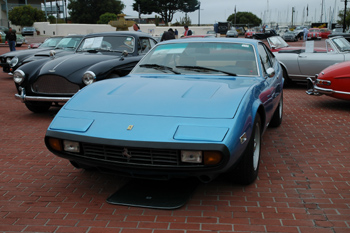 This 365GTC/4 looked good as well. These cars are a nice entry point into V-12 Ferrari ownership if you can live with the big rubber bumper. Obviously black, or dark cars look better, but I didn’t mind this blue color. 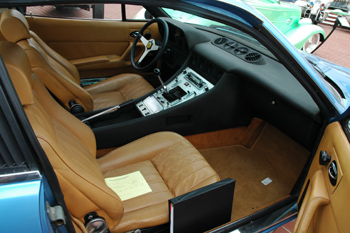 The interior was in average shape, but I didn’t see any tears. These cars have a transmission mounted to the engine, unlike the rear mounted transaxle of the Daytona. This set up allows the installation of two occasional seats, abut I would imagine sends a little more weight over the front wheels. I’d be curious how this affects handling. 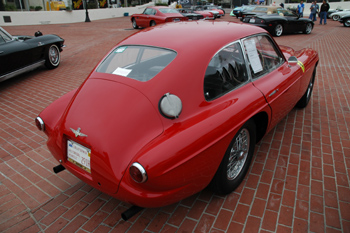 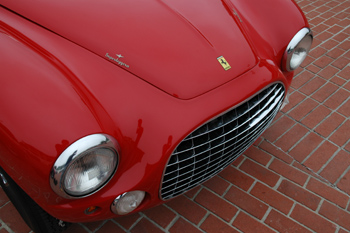 I walked all around this car admiring the shapes and lines.

This Ferrari sold for $973,500 without commission. 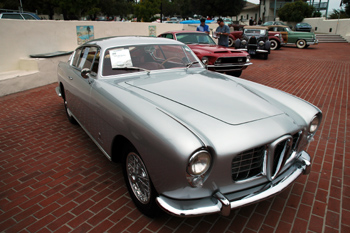 The next car that stopped me in my tracks was this Alfa Romeo. Now I’m the first to admit, I know very little about Alfas. It’s not for lack of interest, but for lack of direction. I seem to like many of their models, and find beautiful things in everything from their engine castings to their bodies. 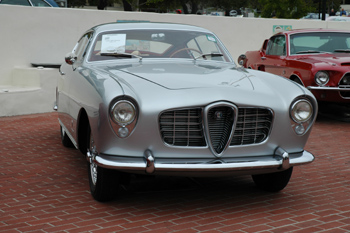 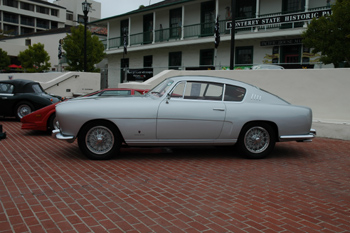 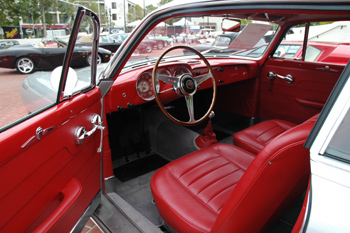 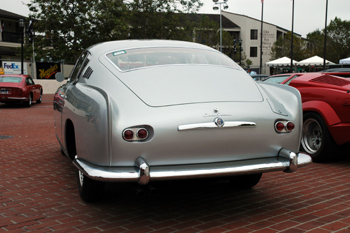 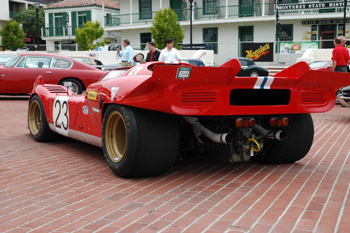 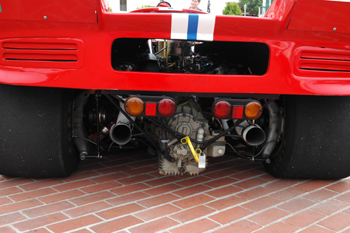 I hope you marvel at this hardware as I did when I looked at this car. 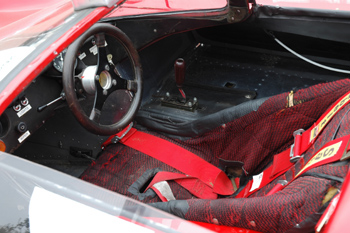 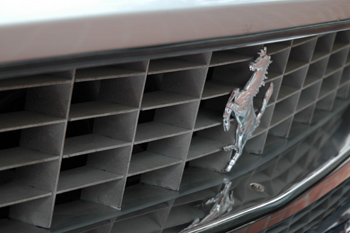 Of course I couldn’t help but study every Ferrari Grille I found. This occured throughout the weekend as I’ll never look at a Ferrari Grille the same ever again since I started working on mine! 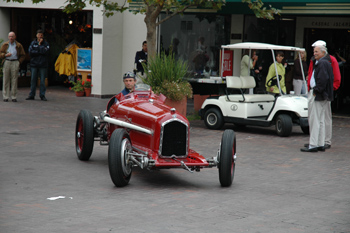 While I was poking around the cars at the auction, I saw an Alfa being driven by someone familier. It was Alan Decadenet (sp?) from the speed channel probably recording something for the cable channel. 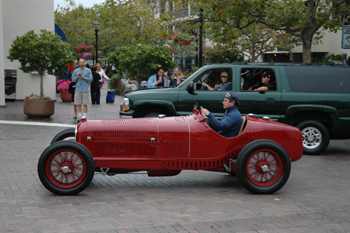 Here he is passing the front of the hotel with the chase vehicle about to follow. I guess the local police look the other way as far as driving a race car on public streets!