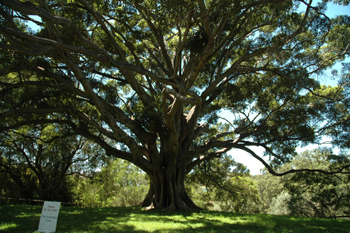 We spent some time walking the grounds of the Sydney Botanic Gardens. It’s a beautiful place set in the middle of the city, and shows off many of the local plants and trees that are found no where else in the world. Australian greenery is alien to my eye, and must have looked the same to the Europeans that first set foot on this Continent.  One tree that I am fascinated with is called a Strangler Fig. This picture shows a grand Ficus Tree, probably over a hundred years old, but if you look closer, you’ll see another tree growing within the trunk of the Ficus. 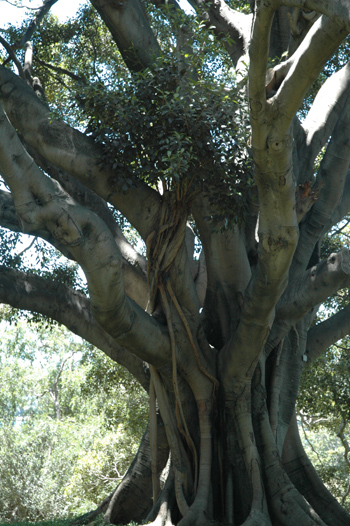 Although also a Ficus, this tree is known as the Strangler Fig Tree. It’s seed was probably dropped by a bird in the crook of a branch on the host. The Strangler seedling sprouted, and it’s roots grew downwards into the soil. As more roots grew, and old ones got thicker, more and more of the Strangler Fig’s roots and branches strangle the host tree, eventually killing it leaving a Strangler Fig tree with a hollowed out center section from it’s old host. This method of survival comes from growing in rain forests where sunlight at the forest floor is not enough for survival, so growing up in the branches of another tree is a better way.

Given enough time, this majestic Ficus may succumb to the Strangler Fig! 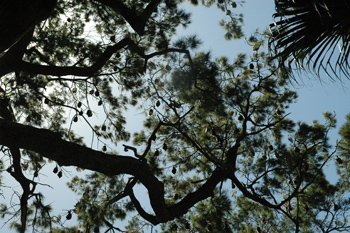 As we walked through the gardens, we heard the birds overhead squawking to each other. In the afternoon, it is often Sulfer Crested Cockatoos coming in to roost, but today we saw something a little different. Hanging high from the trees were hundreds of large bats called Flying Foxes! Except for the noise they made, we could have easily not noticed these large mammals, but occasionally one would fly off to another spot in the trees. 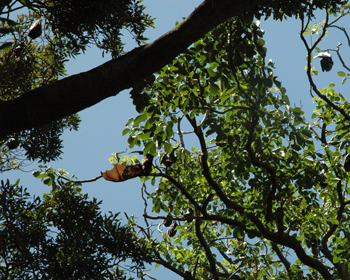 Their large wingspans would surprise me, and that was when I noticed just how many there were up there. This was another situation when I realized I was very very far away from what I know as home! 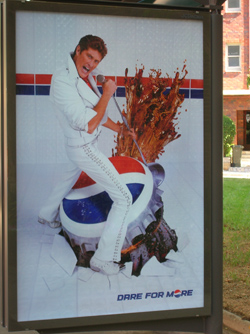 During our walks around town, we discovered what David Hassleoff has been up to since Baywatch!