Our Place in Sydney 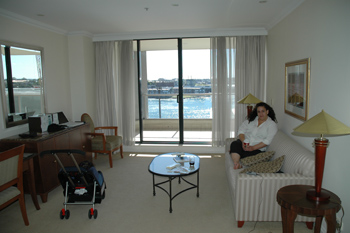 When we arrived in Sydney a week ago, I booked a corporate apartment for our first week in Australia. It was a one bedroom apartment with a Darling Harbor view. With the holidays approaching I found similar in price to any hotel in the city, with the addition of a kitchen and living room. 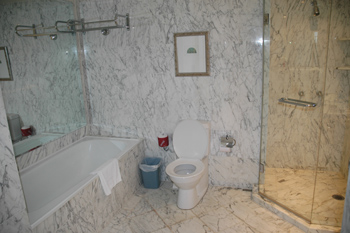 The down side is there is no daily maid service, but all the other amenities were there like a health spa and pool without nearly as many people using them, 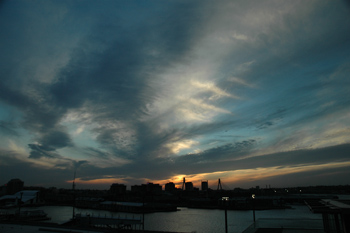 The view was not exactly over the center of Darling Harbor, but rather towards the end where some of the passenger ships load. It was still nice to have a balcony ovcrlooking the water, with a change in sunset sky every night,

Since it was coming to the end of our first week in Sydney, we took the train out to a section of town called Redfern to see our new place to stay for the next three weeks. Redfern is not as nice as some of the other parts of Sydney, but perfectly fine for a couple of New Yorkers. It remided me a lot of an area of Brooklyn we used to live in where a mix of nationalities and income level form a neighborhood that is close the city, but was once a seedy part of town. 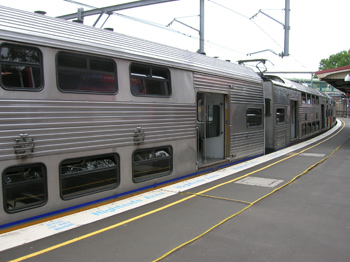 I’ll write about the apartment and how we came to find it later, but first let me show you the trains. They’re double decker affairs with under and above ground service. They have a feel and design from the 70s or 80s, but I’m not sure when they were made. We only took it out to Redfern, but hope to try them out some more in the next few weeks.