As we’re getting ready to leave Sydney after our month stay, I wanted to make one last post before we hit the road. High speed internet service may not be available to me all the time, so who knows when I’ll be able to post next!

These are just some extra thoughts and things that happened to us that I have no better place to put.

The Heat:
Yes, we were here for the 44 degree C. heat in Sydney for New Year’s Day. That translates to about 112 F!! That beats my personal record for heat, and I have to tell you, it was bad! Sydney had not seen that kind of heat since 1939. We laid under a ceiling fan (no air conditioning) in the apartment and waited for the day to pass. Luckily, there was a pool, so we jumped in as often as we could. The only problem was you had to stay submerged or the hot breeze would immediately warm you up again! A southerly (i.e.. cool) wind came in and cooled things down a bit in the evening and things got back to normal the next day. 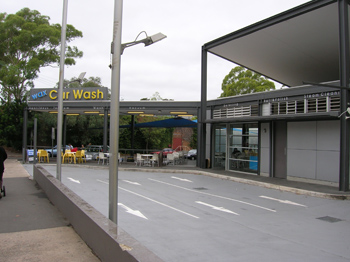 Cafe Car Washes:
We don’t have these in NY, but I think they’re a great idea. You put your car in the queue for a car wash, and head for the cafe for a nice latte while the staff attend to the cleaning of your car. 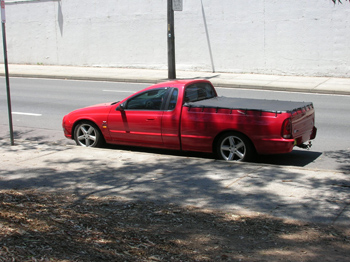 The Australian El Camino:
We may have killed it off in the States, but the El Camino lives in Australia in the form of several cars called “Utes,” or “utilities.” The hot rodding divisions of the auto makers put nice wheels, lowering kits, and powerful V-8s and they have another niche market. I like the utilitarian aspect of these cars, but I guess these are a little too nice for hauling stuff. I would buy the plain Jane model. 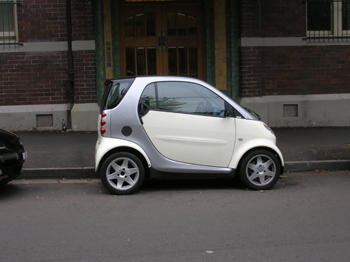 Smart Cars:
I know they’re in Europe, and obviously they’re here too, but I just have to gawk at them! I keep expecting to see the driver’s feet to come out from under the car to help move the car forward! 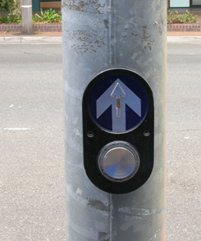 Cross walks in Sydney:
I have not made any sense of the cross walk lights in Sydney. Being an impatient New Yorker may be part of my problem, but after hitting the cross button (which I suspect isn’t connected to anything), I found myself waiting well after the traffic has stopped before the light tells me it’s time to cross. If we disregard the lights, traffic seems to emerge from no where into the intersection. Can anyone explain? 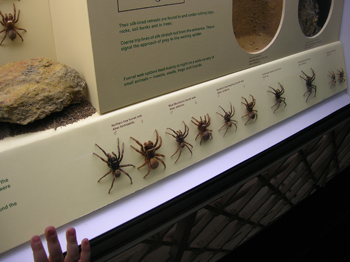 Funnel Web Spider:
Maybe it’s inherently American, but I’m obsessed with all the things that can kill you here in Australia, one of them being the Funnel Web Spider. I went directly to the spider’s display case at the Australia Museum to meet this killer. I was relieved to find them to be pretty large in size, so I won’t have to worry about not seeing one as I sit down. They’re supposed to be pretty aggressive by nature, and will actually chase you down, but at least you won’t miss seeing your attacker!