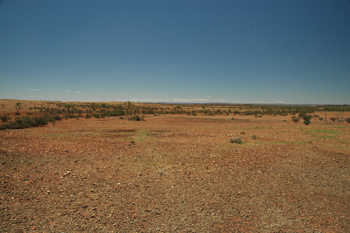 On the map between Alice Springs and Uluru there is a little side trip on a dirt road that takes you to see some craters formed by a meteorite about 6000 years ago. This area is literally in the middle of nowhere, but we were curious. 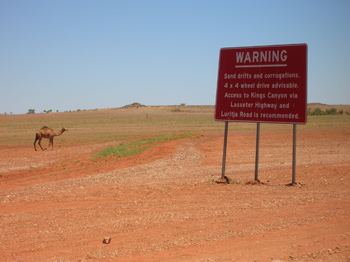 photo D Byer
The dirt road is off the Stuart Highway, the main north-south highway out of Alice Springs. It’s 100 km of road, but the section we needed to travel was only 15 km. All the warnings say to use a 4 wheel drive vehicle, but after speaking with some of the locals, they felt I could travel this short distance if I went slowly and carefully. 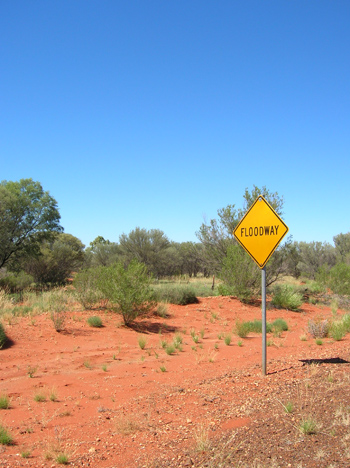 The main problem with taking a regular car on this road besides the ruts, is the floodways that cross the roads. When it rains in this area, the dry creek beds fill with rainwater and wash onto the roads.  The paved sections drain relatively quick, but the dirt roads form deep ruts and washouts that now have to be crossed even when dry. A two wheel drive car often doesn’t have the ground clearance for some of these gullies. 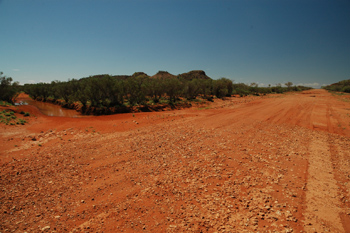 The other problem is a lot of sand gets washed onto the road making it easy to bog down without 4 wheel drive. Compound this problem with the job of digging the car’s wheels out of the sand in 100 degree heat, and you can imagine the risks. We still decided to give it a shot! 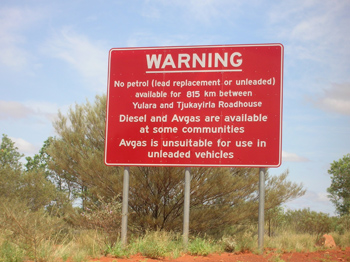 Speaking of warnings, fuel is another issue in the Outback. There just isn’t any fuel between some points, so extra canisters would have to be packed. Our rental car was getting a little more than 400km per tankful, so if we were considering this journey, another 60 liters of fuel would have to be carried! 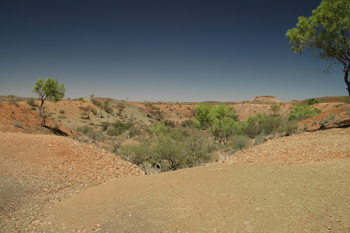 We made it to the Henbury Craters without much incident. There were two sections of sandy creek bed that had to be crossed, but I managed to keep my momentum up, and not “high center” the car! 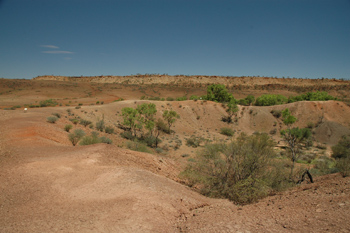 The craters were not as deep as we expected. Thousands years of erosion has softened the outlines of the craters that were formed when a meteorite broke apart and hit the earth. I think you can just make out the shape of each hole. The depressions collect water, so trees and brush grow easier in the crater. 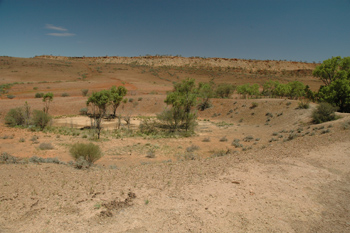 What I found fascinating is the evidence that the aborigines of the area may have witnessed this impact several thousands of years ago. One of the Aboriginal names for this crater means “fiery rock.” I can only imagine what it must have been like to have seen this happen in the middle of the outback! Without a written language, the description of this event must have been lost through the eons.