From Alice Springs, we flew to Perth, crossing the Nullabar Plain in a plane. Nullabar is Latin for “no trees,” and is aptly named by the explorers who crossed it. I took their word for it and flew. 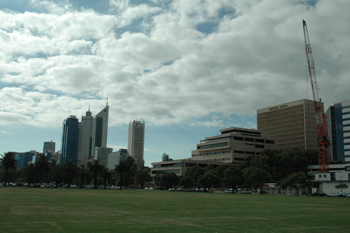 We arrived in Perth after a two hour flight. We thought we would see some relief from the heat of the desert, but was met with 90 degree temps and the return of some humidity. Luckily, the heat broke on our second day with clouds and drizzle, and so far, there were no more annoying flies! 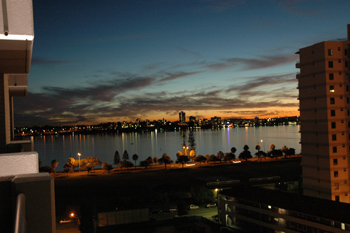 Perth is about as far away from our home in the United States, and has always been considered the furthest away from the rest of the world. Mining is its main industry from the surrounding areas of Western Australia, and the demand from Asia for natural resources is giving Perth another run of rapid expansion. I’m told few American tourists make it this far west in Australia, but we felt we had to come! 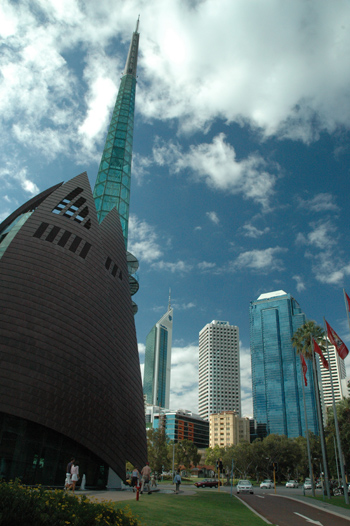 The city is built on the Swan River, and the theme of the swan is found throughout the city. The Swan Bells Tower is built near the city’s Ferry Slip and houses the 12 Bells of St. Martin from Trafalgar Square. 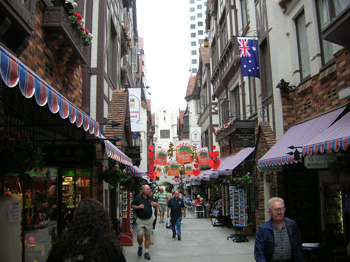 As with most capital cities in Australia, there is a large shopping district. Most of them are modern shopping malls and department stores, but there are also a couple of quaint alleyways filled with small shops. 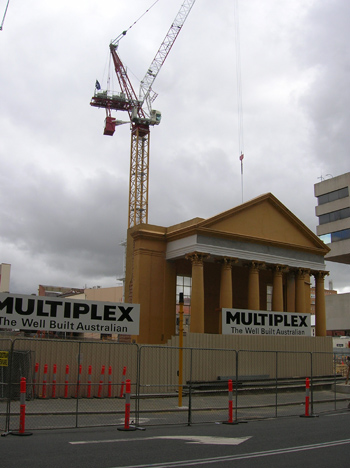 With the last building boom in the 70s and 80s, many of the Victorian buildings built from the Gold Rush years in the mid 1800 were demolished to make room for modern skyscrapers. Mining boom times are here again, and the city is in need of more office space, but this time the city is trying to preserve some of its heritage. Saving this facade to build something behind it is an interesting way of preservation!