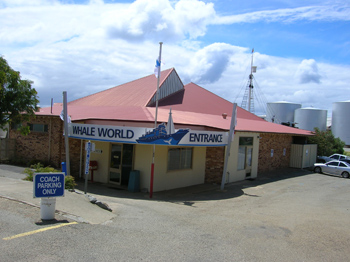 Pronounced “AL-bany,” this town was an old whaling community, and one of the main attractions was “Whale World,” a museum that was once a whale processing plant. This museum gave me a great insight into an industry that is all but gone from the world. 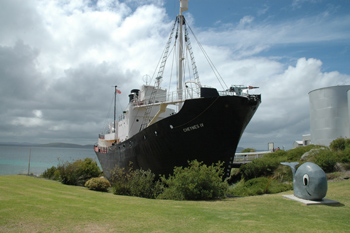 Even one of the last boats that was used from this whaling fleet is on display. Practically the whole boat was accessible, not something you get often in the U.S. 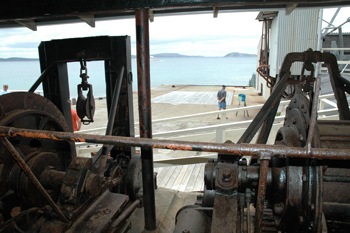 These winches hauled the dead whales from the bay after they were harpooned, floated, and towed back to Albany from the sea. Several would be tied just off shore waiting to be processed. Great White Sharks would often come to feed on the whale carcasses in the bay, and the workers would go out to shoot them. A thirty foot “White Pointer,” the local name for Great White, was once caught from this point. 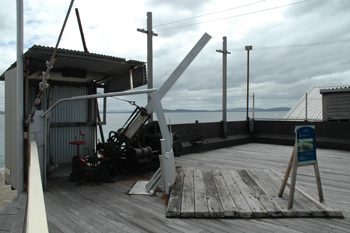 The gruesome task of dismembering the whale was done on this deck. The bar you see in the diagonal position was actually a “head saw” used to cut through the tough head of a Sperm Whale. After Humpbacks were banned from hunting in 1963, this factory continued hunting Sperm Whales until 1978, when it became uneconomical to whale from this port. 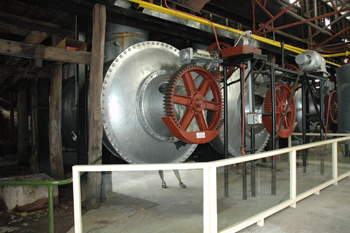 Chunks of blubber and meat were fed down large chutes the size of a man hole into these vats that boiled everything down to get the whale oil out of the animal. Many products were made from the oil of the whale, but are now largely replaced with synthetic oils and compounds. 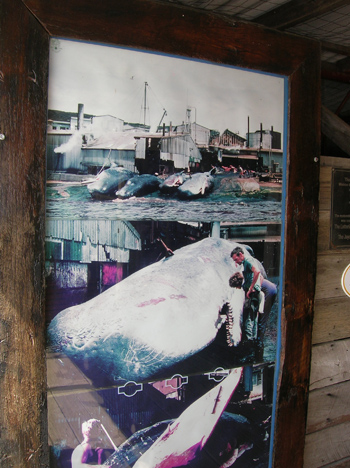 Here are some photographs taken back in the day. Over 10,000 whales were killed when this plant was in operation between the 50s and the closing in 1978. The smell of dead whales was in constant discussion during my tour. It was told that when these whales were cut up, the smell was horrible, and workers who did the cutting had to have strong stomachs to do the work. Even back then, tourists would watch as these animals were rendered, and pictures of visitors showed them all holding their noses! The Museum opened in 1980, and it took nearly two years for the smell of the dead whales to dissipate. 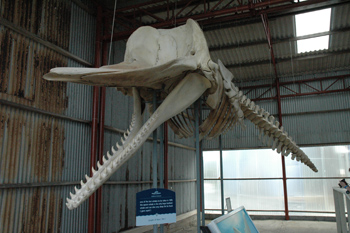 In one of the converted factories are some whale skeletons. Here is a Sperm Whale. 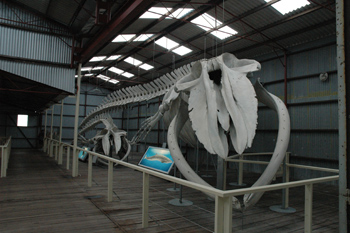 Here is the skeleton of a Humpback whale. In another display case were things found inside dead whales, and preserved body parts. Did you know the inner ear bone of a humpback is the size of a small fist? People used to paint faces on them much like the way mariners used to carve into whale teeth.

If you’re in Albany, I would definitely recommend seeing Whale World. Looking at the visitor’s book, not a lot of Americans have, but it really shouldn’t be missed! 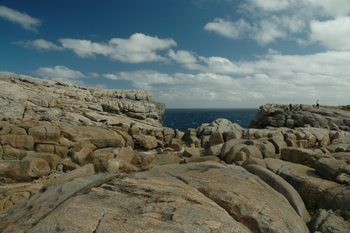 Just down the road from the Whaling Station, was an area of granite rocks. Albany’s coast is surrounded with granite rocks that were formed back before the continents separated. 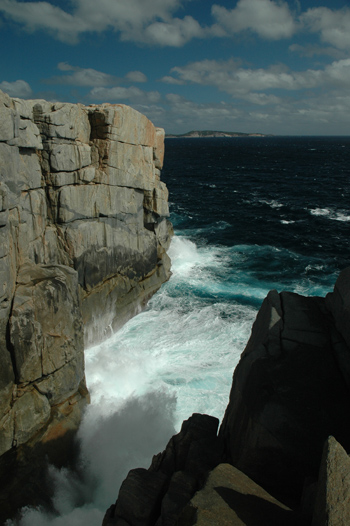 The errosion has formed some spectacular rock formations, one of them being “The Gap” that has a shear face that goes hundreds of feet down to the crashing sea. I was amazed how little protection there was to keep people from falling below. In fact, I’ve read accidents have happend. It’s a good thing Australians are not overly litigious like Americans! 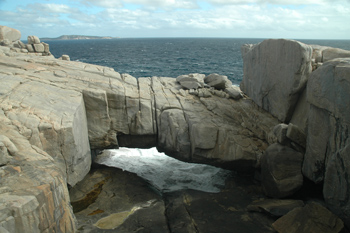 A few hundred meters further down the coast is a natural bridge where the surf crashes below. Click on the picture to see the waves crashing on below.