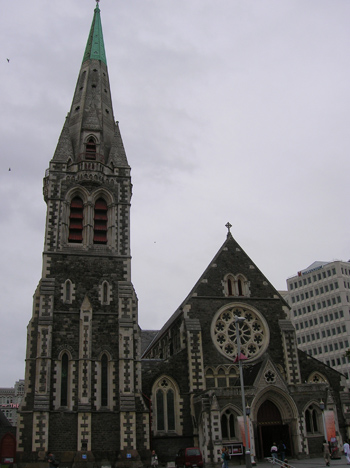 We arrived in Christchurch after an overnight flight from Perth, through Sydney, ending in New Zealand. With temperatures in the 80s and 90s F. in Australia, the climate was much cooler here in NZ with much of the day in the 50s. We were expecting cooler weather, but our bodies were not happy with the change. A bone chilling wind from the south brought rain and hail that piereced right through our jackets. My daughter spent most of the first few days outside clinging to her parents for warmth. The cloudy days also didn’t help with shedding the effects of a five hour time difference from Perth, so the whole family was in a haze trying to adjust to all the changes. 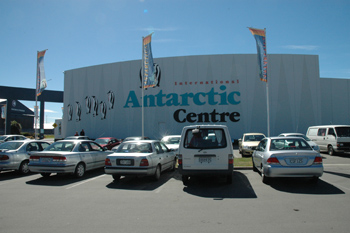 Before we left Christchurch, we stopped in The International Antarctic Center, by the airport. It turns out 70% of the visitors to Antarctica leave from Christchurch, NZ for the 8 hour flight. Although South America is closer to this southern most land mass, New Zealand is closest to Mc Murdo Station, a major installation on the cold continent.

The exhibits included a cold room for visitors to experience what it is like to be in the Antarctic with fans to simulate windchills to 20 below zero F. 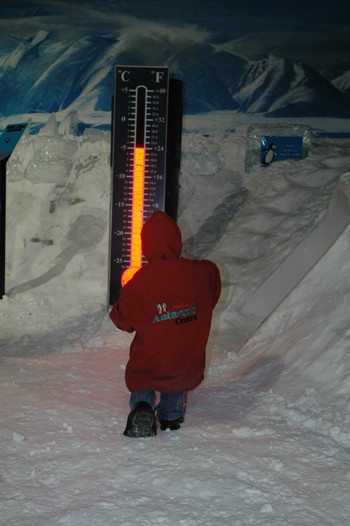 We were given jackets and wore booties to keep the snow clean inside the chamber. Ellie is seen here experiencing a balmy 24 degrees F. before the wind machines kicked on. It all seemed a little hokey at first, but one experience made it all worthwhile… 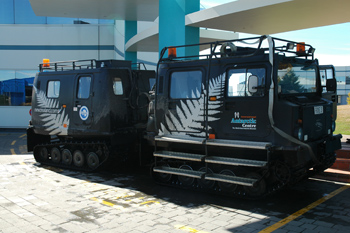 The Arctic Center gives rides to visitors in their Hägglund all terrain vehicles through an obsticle course in the back of the building. These Swedish made machines can climb 45 degree inclines and traverse terrain on a 30 degree pitch, and we were all made believers after our ride! 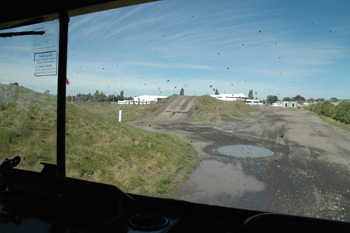 The driver didn’t hold back in showing how well the cars went over steep terrain. With an articulated rear car, he didn’t have to worry too much about getting the lead car airborne, so our approach speeds were pretty thrilling! My daughter squealed with delight as she was pitched from side to side in my wife’s arms. I hope she doesn’t expect the same the next time we go for a ride in our truck back home! 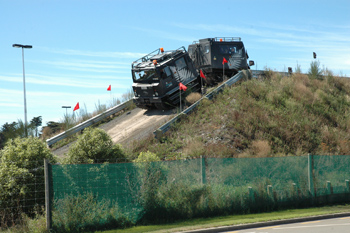 With all four tracks driving this vehicle forward, there wasn’t much that would stop it. I would hate to see what would be needed to dig one of these things out if it got stuck! 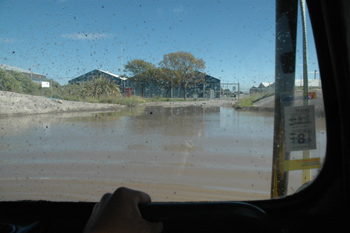 Another nice feature of the Hägglund is it will float in 1.5 meters of water, and can still use its tracks for motion in any direction. I’d imagine this comes in handy when one accidentally breaks through the ice. 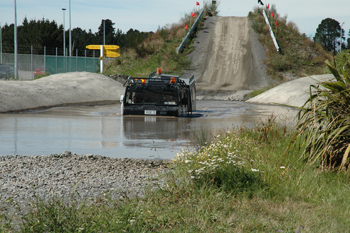 The doors are waterproof, and it was a good thing because the water came up past the doors as we floated across the water obsticle. In the back car where my family was riding, my daughter was so excited when a leaking door seal allowed some water in that she blurted out, “The..de, buh, guh,..duh,be…waaaterrr!” 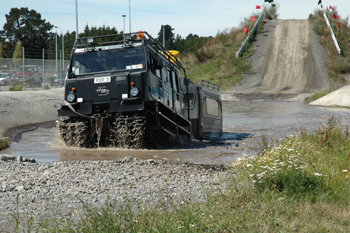 It’s 2.8L V-6 did fine pulling us out of the water because this vehicle was not built for speed. It’s transmission with two speed transaxle offers 8 forward gears for a top speed of 50kph. How much to put one in your backyard? About $185K U.S. can get you one to terrorize your local golf course. 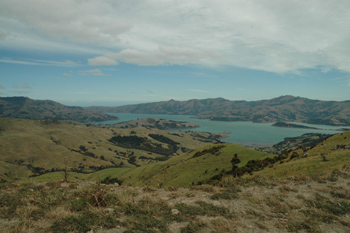 After the visit to the Antarctic Center, we headed south to the Banks Pininsula. It was our first exposure to the surrounding area in New Zealand, and it was a definite change from Australia. The roads are even narrower, and the terrain is much hillier. Instead of being hundreds of millions of years old like Australia, New Zealand is in the tens of thousands of years young. It’s landscape was formed by volcanic erruptions and glacial errosion, so the elevation of the land is more pronounced. 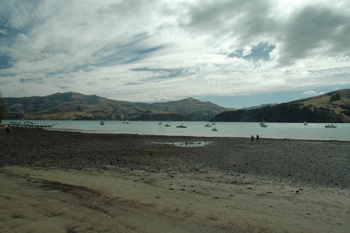 Just outside of Christchurch is the town of Akaroa, a small harbor town at the end of a road flanked by twoo extinct volcanos. The scenic drive away from the main road offered some fun driving, but unfortunately no turn offs for picture taking. From what I’ve seen so far, I’m sure there will be plenty of picture taking opportunities to come!