Dunedin, pronounced “done-E-din,” has it’s settled roots from Scotland. The town’s name is Galic for Edinburgh (pronounced EDin-boro for those travelling to Scotland). It’s the second largest city in the south island, and is a launching point for many who what to experience the mountains to the west. Dunedin also sits near Otago Harbor that is home to a host of wildlife that depends on the sea for food. Seals, penguins, and albatros, are just a few animals easily seen from the Otago Pinnisula. 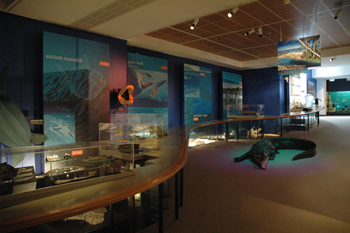 As we arrived, it began to rain heavily. It must have been our luck because the weather was quite nice a few days ago. The Otago Museum was a perfect place to spend a rainy morning in Dunedin. The museum houses varied displays of Maori culture, animal collections, and geological demonstrations. The Museum explained much of the history of New Zealand beginning with it’s separation from the supercontinent Gondwanaland about 160 million years ago. 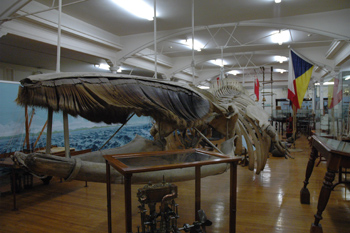 There was also a Maritime wing showing local ships and history. 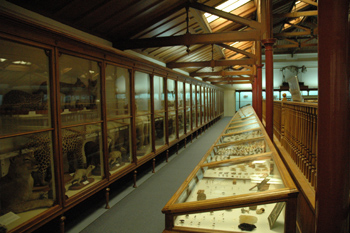 On the top floor was a place called the “Animal Attic” where many animal specimins were on display. Like many museums with a long history, the Otago has a collection of animals that were stuffed, bottled, or mounted. This Victorian Era practice had collectors shooting anything that moved to bring back to museums all over the world. Luckily, this type of “collecting” is going out of style, but I’m glad to see old collections like these still on display. Seeing the Otago Museum collection is like stepping back 100 years with all the period display cases. 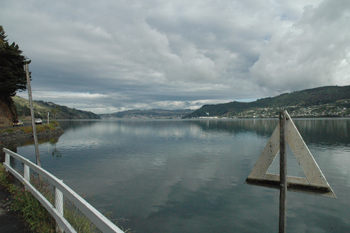 The rain subsided long enough on our second day to try and see some of the Otago Pininsula. The road on the north part of the pininsula runs along the shore and leaves very little room for error. It’s very narrow with one edge on the water, and the other facing the steep rocky hillside. 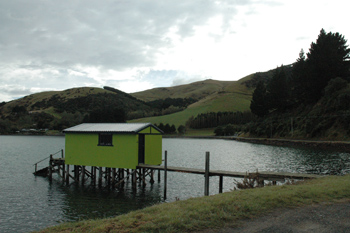 The scenery was beautiful, but it was enjoyed more by my family than me because I had to watch for oncomming traffic! There weren’t too many turn offs, but I managed to take a few pictures. 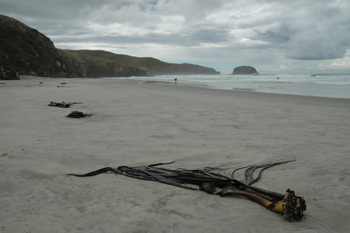 We got out for a walk along Allan’s beach, a small beach facing the Pacific Ocean. Halfway through our walk, the wind shifted, and it began to rain. By the time we reached the car, the rain mixed with hail the size of buck shot. 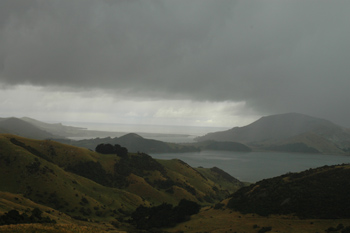 There is a lot of Scotish heritage in the area, and I can certainly see how the climate and terrain reminded the people of their homeland. 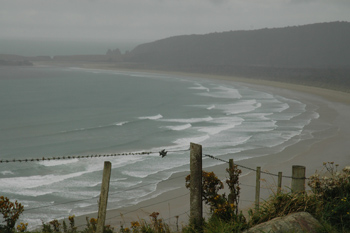 We took the Scenic Southern route off the main road through the area, and were rewarded with some great scenery. It was still raining pretty heavily throughout our drive, but occasionally we would get a break for about an hour or two. 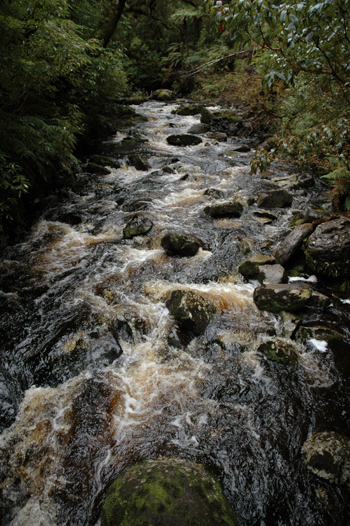 The mountainous regions of an area called the Caitlins is a mix of farm land, forests, and rivers. There were several waterfalls to visit but we had to choose one that fit between our daughter’s nap and the thunderstorms. 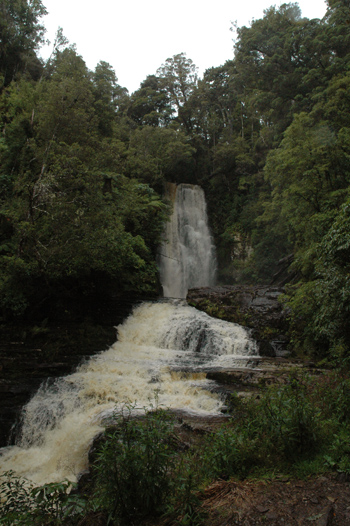 Most of the waterfalls were a 30 minute walk from the car park, and this one was worth braving the blustery day to see. 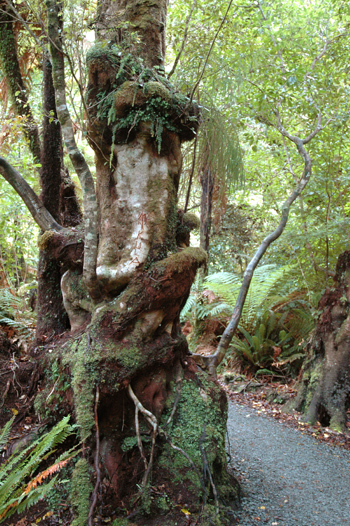 As we walked in the forest, I couldn’t help but think of Peter Jackson’s movie “The Lord of the Rings.” The New Zealand native filmed the trilogy in his country, bringing even more noteriety to the beauty of this land. I’m sure trees like this one inspired Jackson and the creators of these films to make the talking trees in the movie. 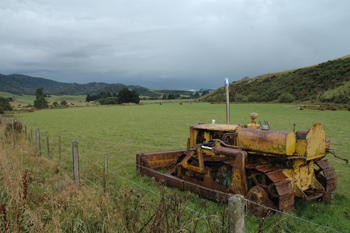 There is a certain timelessness of this place that is very pleasing. With all the turmoil happening in the world, I felt like I was very far away from it all. 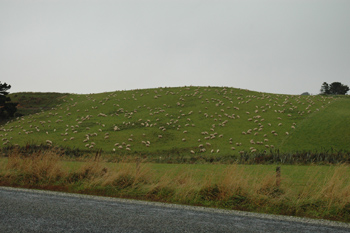 One thing we could not escape is the sheep. They are everywhere! The statistic is that there are more sheep living in New Zealand than there are people. Looking at the number of sheep on the all the hillsides, I concur. 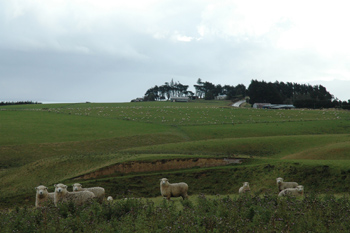 Speaking of statistics, the National Censous was taken on March 7th, and we were included! It was imperative that everyone in NZ participate in the censous that is taken every 5 years, and although we are not citizens, we were required to fill out the forms anyway. This “snapshot” of the NZ poulation will remain in the country’sarchives for 100 years, so our trip will also be documented by the Government of New Zealand!