Another Day in Wellington, and Rare Birds 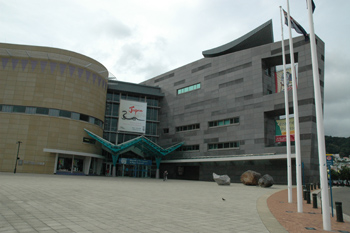 We returned to Wellington the day before our Ferry trip back to the South Island to catch a plane out of Christchurch. With one day to spend in Wellington, a definite stop was Te Papa, the Museum of New Zealand. It’s a combination of many museums with natural history, culture, and art all rolled into one great museum. 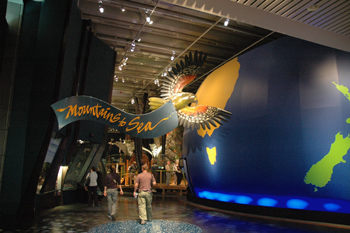 The exhibits were visually impressive and flowed into one another so visitors could walk inside and about all the displays. 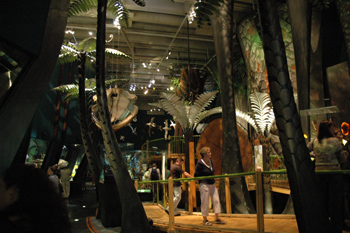 My daughter loved running from one place to another exploring all the little spaces housed within the large interior spaces. 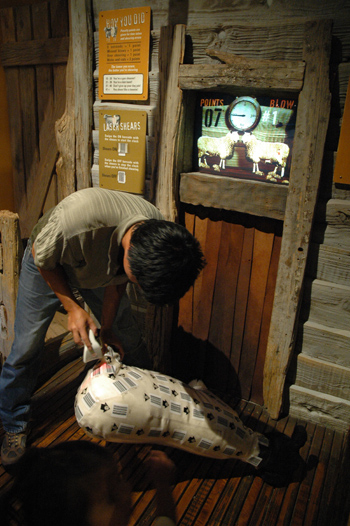 There was one area that had a bunch of virtual reality games, and I tired my hand at sheep shearing. This game used a bar code scanner to simulate an electric shears, while the fake sheep had numerous bar codes for me to scan as if I were shearing the sheep. Needless to say, the game ended with me “shearing like a townie,” and a sheep with a lot of razor nicks! 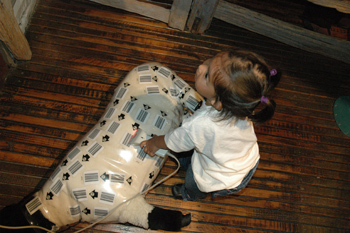 Here’s my daughter showing me how it’s done the right way! 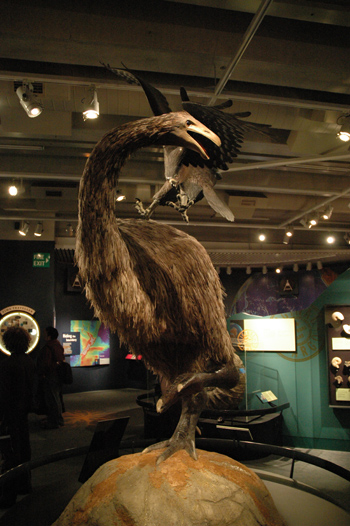 Another display showed a Moa being attacked by a giant Eagle. It was a common sight in New Zealand thousands of years ago. New Zealand is home to the largest population of flightless birds like the Kiwi, and also had more that are now extinct. The Moa was one that went extinct about 600 years ago from over hunting by the Maoris. Without many natural predators, some of New Zealand’s birds lost their ability to fly through evolution. They were able to survive for hundreds of thousands of years until humans came and killed them through hunting or the introducing new animals that competed with their survival. 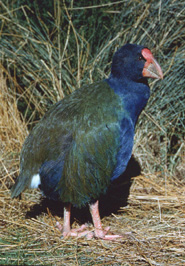 Another interesting bird is the Takahe, a blue flightless bird with a bright red beak. This chicken sized bird was first recorded by western scientists in the 1850s, but no more examples were found, so the species was thought to be extinct. It wasn’t until a doctor hiking in fiordland a hundred years later that live Takahe were found. The remote mountainous slopes and heavy rain prevented people from settling the area and protected these rare birds from extinction. Who knows what else lives in that remote landscape!