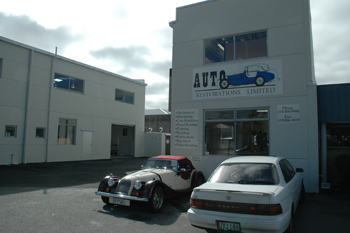 With a few hours to spare before my flight out of the country, my friend David Fenton took me down to see Auto Restorations Limited in Christchurch, New Zealand. We met Alan Stanton, the General Manager, who was nice enough to give us an extensive tour of their facilities. This company has been in business for over 30 years and was established from a few enthusiasts who needed a place to have their own cars restored. Today, it is known as a first class facility with clients shipping their projects to Christchurch from all over the world. 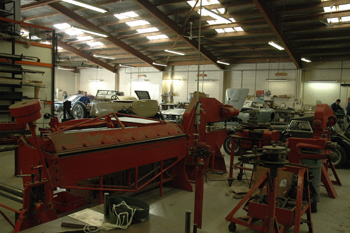 AR does everything in house except for chrome and upholstery, but they can handle any job a client has for his car. They do not specialize in any one marque, so their shop is filled with a huge variety of automotive history. 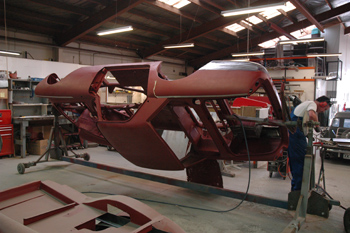 A Pininfarina Coupe was mounted to this rotisserie getting all its metalwork fixed. Besides the usual trunk floor and double skin floor pan rot, it was pretty rust free. Rumor has it the owner wants to make this into a PF Cabriolet, but I hope there is still a chance he’ll change his mind before the reciprocating saw comes out! 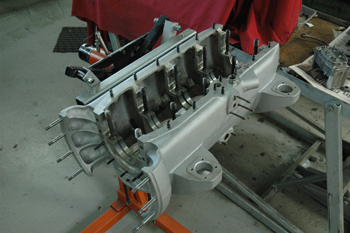 On the list of rare engines is this Ferrari Monza engine getting rebuilt. These rare four cylinder race engines saw a rough lives, and a hole that was patched inside this block is evidence that a rod had let go inside this engine in its past! 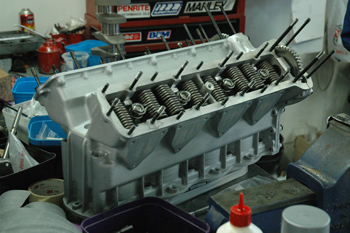 On the bench besides the original Ferrari engine was an exact copy being built. AR reverse engineered the original Ferrari engine so the owner could have a spare. This copy could now be installed, raced, and revved to within an inch of its life without worrying about the destruction of something irreplaceable. All the engineering from drawings to casting was done locally in New Zealand. Alan explained that the cost of buying some of the parts from other sources was more expensive than having things made from scratch in NZ. Although the need for another Monza engine does not come every day, it’s nice to know for the few individuals out there with these rare cars that there is an option for replacement! 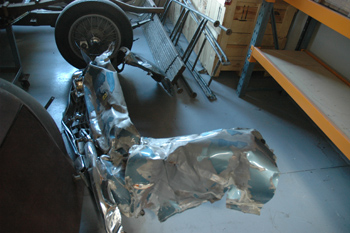 In a dark corner of one shop was evidence of a bad Ferrari accident. It was the former nose of a 330GTC, but a new nose located in the States was currently being grafted onto the damaged car. 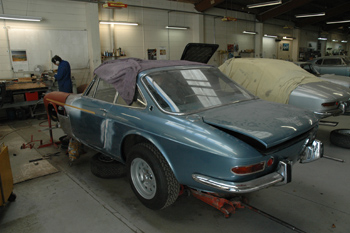 Another locally owned GTC was brought in to make sure the donor nose was fitted correctly. 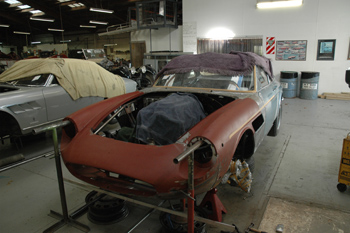 With such care in fitting the new/old nose to this GTC, I believe the new owner will have a front end that is more symmetrical than it came from the factory!