As we headed back to Australia from New Zealand, we found ourselves well into our fourth month away from home. We covered a lot of ground and have learned so much about a part of the world that is more than 15,000 miles away from the United United States. Here are a collection of miscellaneous thoughts and discoveries I’ve made along the way. 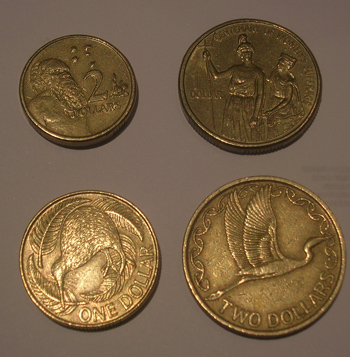 Just as we became familar with the Australian money, we had to learn how to use New Zealand Dollars. Their money is similar, as the bills are made of a mylar material and their dollar coins come in two and one dollar denominations, but the Australian dollar coins are larger than the two dollar coins while the New Zealand coins are the other way around. There is nothing that says “tourist” more than holding out a handful of change in confusion for a shopkeeper to take what is needed!

Tipping is all but non existant in both countries. Although a waitress or bellhop will never reject a gratuity, it’s not normally practiced in Australia or New Zealand. Rounding up to the nearest dollar is done in taxis, but unless exceptional service is provided, people just don’t tip. Some places however, know that Americans are accustomed to tipping, and I can sense they are expecting to be tipped, but I just try to hide my accent and act like a local! It’s actually been nice not feeling obligated to always tip.

There were a lot more Americans in New Zealand than in Australia. It was made even more obvious because we spent the last month in Western Australia and the Northern Territories where few Americans venture. Having not seen so many Americans for a while, I was reminded how loud they can all be! I hope we’re not that loud!?

I’ve noticed Australians keep their cars a lot longer than Americans. Leasing is not popular here, so Australians own their cars, keeping them longer. Driving our 10 year old car here in Australia does not stick out nearly as much as it would in the States. Everyone drives older cars as their daily drivers. I’ve even seen several mid 70s Toyota Corollas still running about. The dry climate helps preserve these cars, but I also feel Australians are more diligent about keeping their cars alive. Driving a “flash car” is more evident in the big cities, but average Australians seem a lot less concerned with driving something brand new.

In New Zealand, the Japanese and Korean companies dominate the automotive market. I saw very few Fords and Holdens on the road, and almost no “Utes,” the Australian version of the El Camino.

Almost every car has a trailer hitch in the back of it in New Zealand. Instead of buying huge SUVs, many Kiwis use trailers to haul large items that won’t fit inside their cars. I’ve also seen some good sized trailers being towed by regular cars. Either Americans are misled to believe only large trucks can tow moderate loads, or Kwis are towing too much behind their cars. I’m suspecting Americans are being sold larger vehicles for profit! 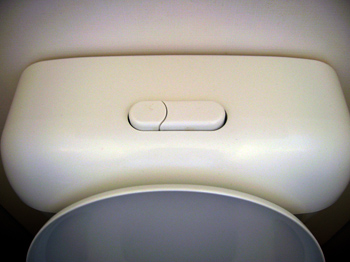 Moving onto Plumbing, many toilets down here have a half flush feature designed in Australia to save water. Two buttons are found on the water tank for the user to choose how much water is needed to remove the waste. The button on the left is usually a half flush with the button on the right is the full flush.

In New Zealand, we found some of the faucets to be flipped with the hot water spigots on the right side.

We arrived in New Zealand just as the season turned to Autumn, so luckily we missed the brunt of the sand fly season. The cool weather kept the swarms down, but we did manage to get a couple of bites to know what it was like. The female fly bites for a blood meal to feed its eggs, and although smaller, their bite is worse than a mosquito. Where mosquitos are actually drawing blood through a tube, sandflys really felt like they were biting. The itching also seemed more intense, but we managed only to get a couple bites before escaping the country!

New Zealand is relatively safe when compared to Australia. There are no poisonus snakes, and there is only one rare spider that can cause any harm, so if the worse thing to be attacked by is a sandfly, one can travel in New Zealand without much fear. We’ll have to remember to start checking our boots in the morning for spiders and looking for snakes in the grass now that we’re back in Oz. We’ve become a lot less concerned with the poisonous wildlife since we’ve arrived because we know deaths are rare, but with a two-year old, we have to be a little careful. 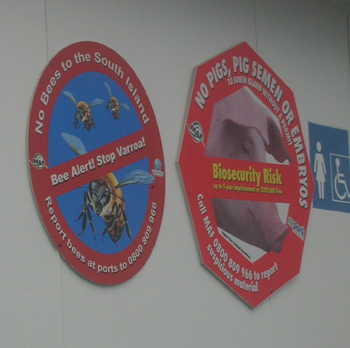 Waiting on the queue for the Interislander Ferry in New Zealand, we saw this warning. I’m going to let you make up your own joke about Pig Semen, as all of mine are too vular! 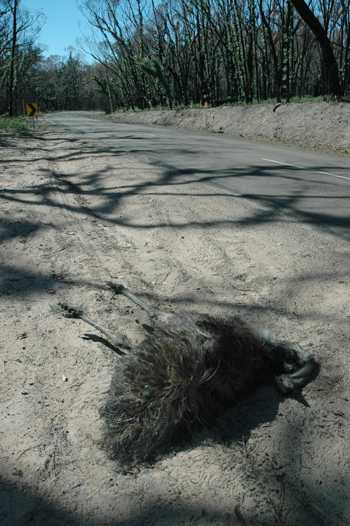 Speaking of vulgar, I added another photo to my collection of road kill in Australia. Kagaroos are pretty common, but this was my first Emu.