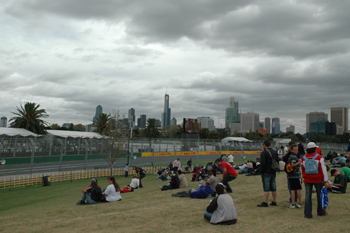 We headed back to Melbourne to catch the Australian Grand Prix. I went to Albert Park for Friday’s practice to get my first taste of the GP weekend. 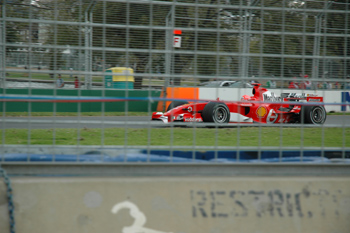 I’ve never been to a Formula One race, so I was looking forward to the experience. I’ve seen a demonstration of a F1 car at Laguna Seca, but this was the first time I saw more than one car on the track, and the sound was amazing. A lot of the audio is lost when it is broadcast over television, and it was pretty impressive hearing these cars just meters from the track edge. I don’t know exactly how loud it was, but I can tell you it was easily over 120 dB as these cars sped past. At that level, there is very little chance television can reproduce the sound these cars make. 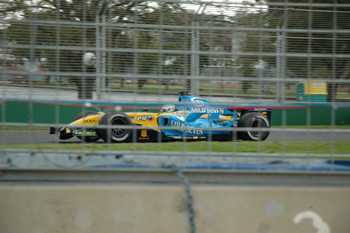 The sound has been described as a swarm of angry bees, but there are nuances that I never heard before. As the throttle is lifted, these cars produce a loud rumble on deceleration. I’ve been told this is the sound of unburned fuel igniting inside the exhaust manifolds, but without standing at the racetrack, I would have never heard this sound. It’s pretty impressive to hear all the mechanical fury at such close range.

I was also horrified at how many spectators did not use ear protection near the track edge. At this level of noise, especially in all the bad frequencies, hearing can be permanently damaged. Even with ear plugs, I could easily hear all that I needed, in fact it was so loud, I felt a lot of the sound! 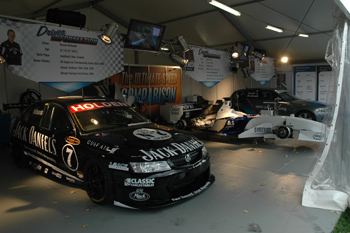 There were plenty of other events at Albert Park during the same weekend. Australia has a NASCAR equivalent called V8 Supercar, and there is also a “ute” division that has the popular El Camino type cars on the track. An interesting demonstration that ran once a day at the track was called “The Ultimate Speed Comparison.” This “race” pitted a V8 Supercar, against a BMW street car and a Formula One car. The largest handicap was given to the street car, with a shorter head start given to the V8 Supercar. As all three cars approached the finish line, they raced down the final straight together. It was very impressive to see the F1 car accelerating down the straight to catch the slower cars. 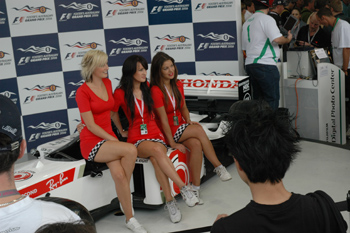 Along with all the racing, there were also plenty of distractions for all the testosterone flowing in Albert Park.