Cars in Melbourne I

Instead of going to the Grand Prix on Saturday, I decided to meet some Ferrari owners and see some shops in the area. I met Garry Nervo, a Melbourne dentist for breakfast and set out for a colleague’s house in the suburbs. 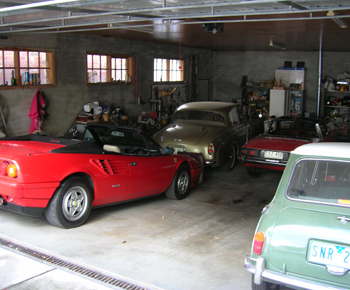 Garry and I met George Luk in front of his garage displaying his varied taste in cars. George started the Ferrari club in Australia, and his history with owning these cars spans from a PF coupe to a Daytona. Today, he keeps a Mondial Cabriolet for more sedate driving duties. 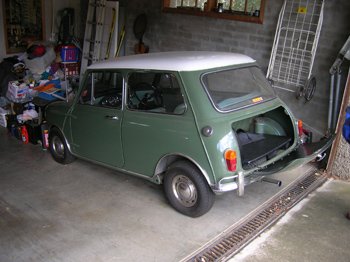 When George offered a ride in any of his cars, I actually asked for a spin in his Mini Cooper S. Having never ridden in an original Mini, let alone a Cooper S, I figured this was a rare opportunity I couldn’t pass up. Unfortunately, as the fuel pump began to pressurize the carbs, a leak developed by the left rear wheel. I told George to cut off the ignition before we set his whole collection on fire! Luckily the Ferrari started without a problem, and we were on our way for a tour of the neighborhood. 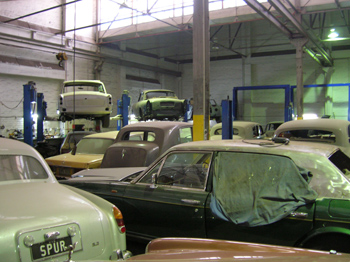 After my ride, the three of us set off for a Rolls Royce Shop on the west side of Melbourne called McDermott’s Workshop. I met Robert McDermott working on a Silver Ghost, surrounded by the most Rolls Royce and Bentley cars I’ve ever seen in one place. McDermott’s specialty in these cars is known throughout the world, supplying parts and service all over. 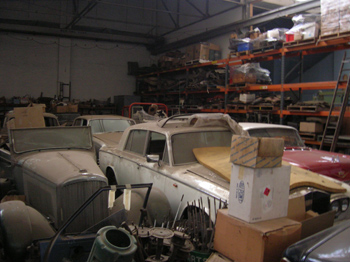 I was amazed at the volume of parts and cars scattered in a shop that was at least 10,000 square feet in size, and there was supposed to be more in McDermott’s private collection! 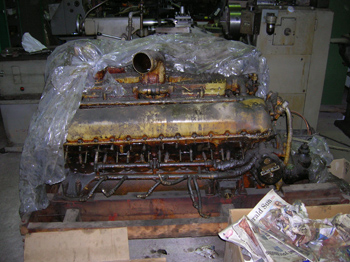 In a warehouse full of Rollers and Bentleys, it was only a matter of time before I stumbled across a Merlin V-12 engine. When I asked Robert what he was planning on doing with this famous engine, he really didn’t know. “I’ve always wanted one,” was his reply. 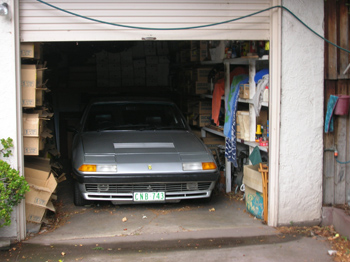 We left McDermott’s shop, and dropped George off at his home. Garry and I then headed back to his house to see his Ferrari, a silver 400A. 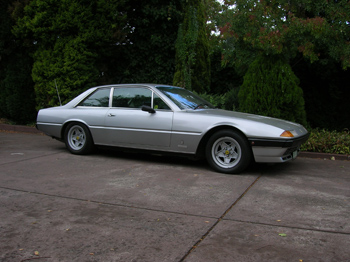 She fired up without a problem, and settled into a nice idle ready to take us on to our next Melbourne shop.