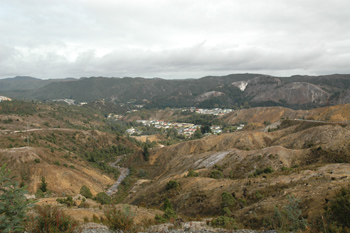 Having to drive through Queenstown to get to Hobart, we had another view of the mining. The surrounding area is horribly stripped of its topsoil, and vegetation. On a sign welcoming you to the town in the valley someone scratched out “Queenstown “with the name “Mordore,” the fictional Tolkin region that was stripped bare to build an army. Looking at the destruction, this was real life following fiction. 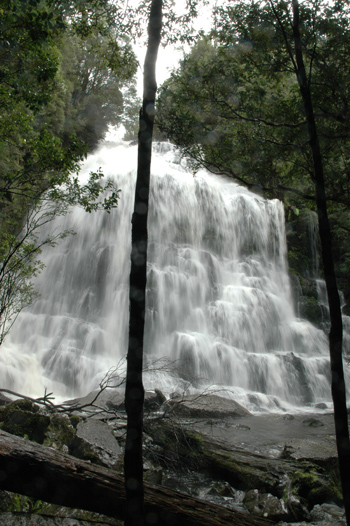 Responsible mining is more regulated today, and the stripping of the mountains are a little more controlled. In the protected National Forests there were nice walks to see restored wilderness and places that won’t be destroyed again. 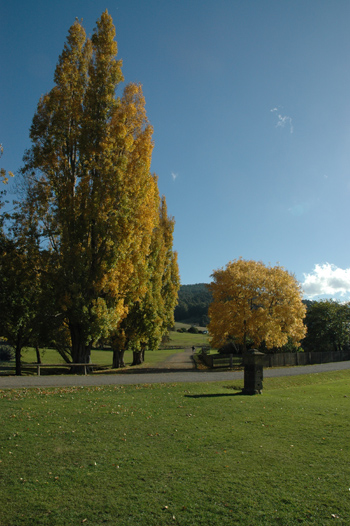 During our stay in Hobart, we took the 90 minute drive to Port Arthur, the historic site of the Tasmanian penal colony. It was where the worst of the worst offenders were sent to serve their sentence. It was hard to imagine the torture and cruelty that permeated this prison over 150 years ago when we visited it on such beautiful Fall day. 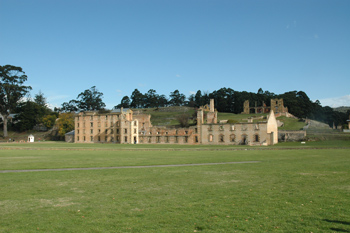 After the prison was shut down in the late 1800s, it fell into ruins after a fire burned raged through the grounds. Port Arthur and most of Australia wanted to forget its convict beginnings, so many of the buildings were sold for their bricks. It wasn’t until the early 20th century did people come around to the idea of preserving and restoring some of this history, so Port Arthur was brought back to teach people about Australia’s past. 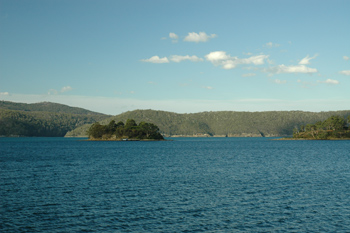 Unfortunately, Port Arthur was scarred 10 years ago by the worst mass murders in Australian History. A lone gunman killed 35 people, mostly tourists, in a rampage that lasted over 18 hours. The killer eventually surrendered and is now serving a life sentence for his horrible deeds, but this tragic event will forever be remembered by the people of this small community. It was hard not to think of the day of the murders as we walked the grounds of Port Arthur. 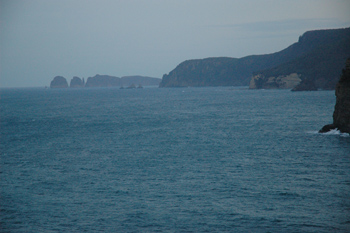 Port Arthur is on a Peninsula that is still largely inaccessible by sealed roads. Many of the points in this picture are only reachable by walking track. In the diminishing light of the day, we tried to see some of the other sights near Port Arthur. 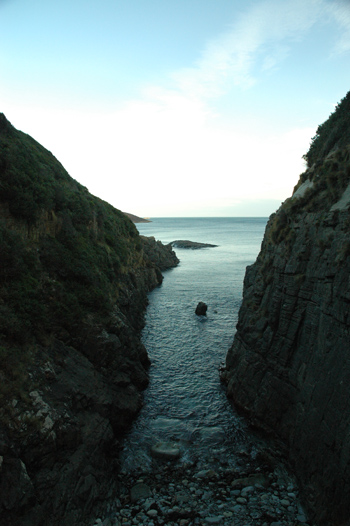 The coast is rocky and steep, and some of the walking tracks will take you right to the edge! 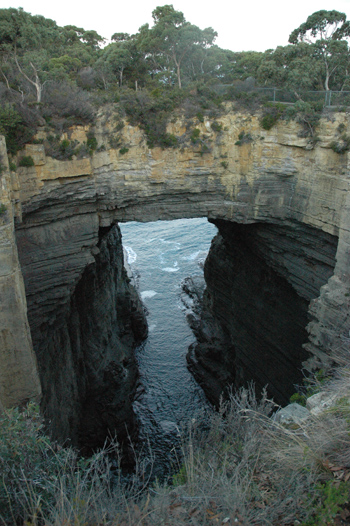 The erosion formed this arch high above the water. 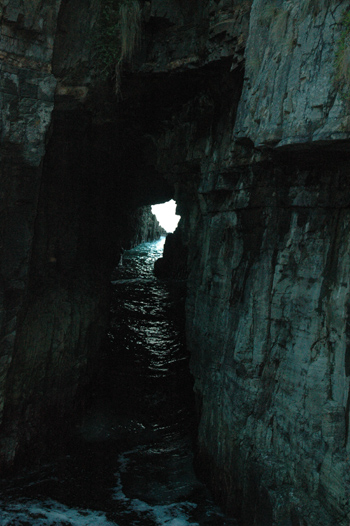 Another cave called a blowhole was a short walk from the car park. At high tide the water comes close to roof of this cave, causing pressure to build up behind the surge of the waves. I’m sure we would get very wet if were standing here at that time.