We spent the last few days in Tasmania relaxing before we left for the mainland. We needed a few days of not doing anything to ready ourselves for the final leg of our trip. I watched the weather forecast as the date of our departure approached to see what the seas would be doing on the day we set sail. During the first few days of our stay in Tasmania, we were met with some pretty nasty weather, but it was even worse for the ferry ride across the Bass Strait from Sydney. The ferry’s arrival was delayed by several hours because the ship had to slow down for the enormous waves crashing onto the deck. I spoke to someone who was on that ferry, and she told me that the ship’s doctor was pretty busy administering motion sickness pills along with sedatives! Many people just laid in their bunks waiting to reach steady ground! 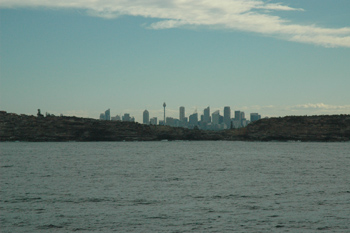 Luckily for us, our sailing was smooth and uneventful. Even for my lack of “sea legs” I managed to make the crossing without much discomfort! As the Sydney skyline appeared on the horizon, I knew our trip was nearly over. The weather was warm again, and I was looking forward to wearing a pair of shorts again! 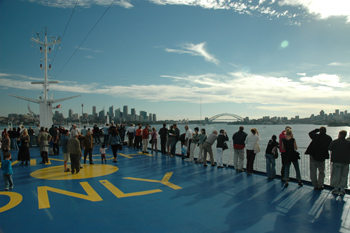 There was an observation deck on the top of the ship where we could watch Sydney come into view as we sailed towards Darling Harbor. Of all the cities we’ve seen on this trip so far, Sydney still wins with having the most spectacular skyline. 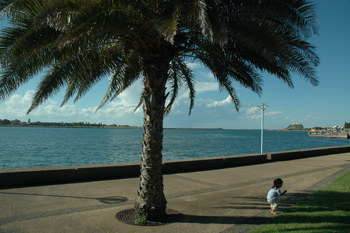 After spending one night in Sydney, we left the next day due north. We stopped in Newcastle, New South Wales for lunch and took a walk on the promenade. Still a huge shipping town moving tons of coal overseas, Newcastle is also pushing its waterfront development for tourism. New condos are being built overlooking the harbor, and the coffee shops are sprouting up.