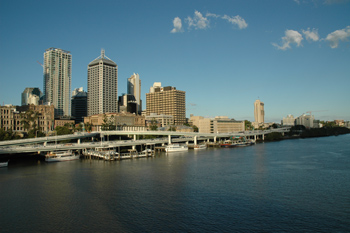 We walked across town from our hotel to the South Bank area of Brisbane to see the Maritime Museum, the Queensland Museum, and the Science Center. The view of the city from the bridge across the Brisbane River offers great view of this compact city center. 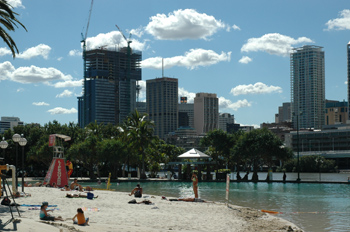 Walking along the South Bank  Parklands we found a manmade sandy beach right in the middle of the city. It was complete with lifeguards and sunbathers. 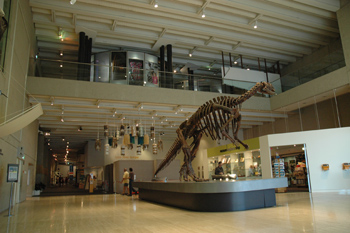 The Queensland Museum was a natural history museum offering the usual collection of dinosaur bones and stuffed animals, but also had a nice Aboriginal and Torres Strait Islander Cultural Center on the top floor. 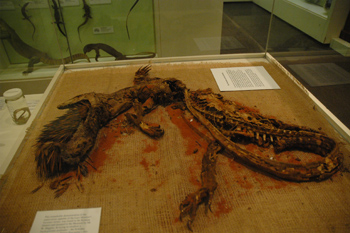 A macabre display in the museum’s collection showed a life and death struggle the mummified remains of a Goanna (an Australian lizard) and an Echidna (a spiny australian version of a porcupine). The Goanna tried to eat the Echidna head first but soon realized it couldn’t swallow the animal with all its spines, but then couldn’t spit it out because the spines only grew in one direction. The Goanna eventually choked with the Echidna smothered in its throat. 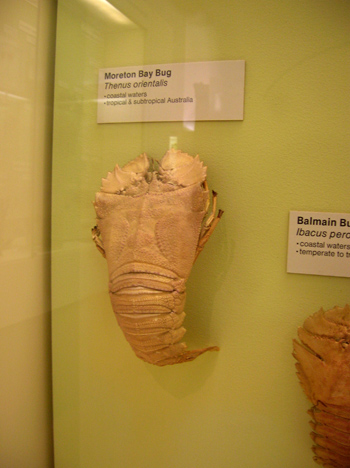 Speaking of eating, I ordered a Moreton Bay Bug in a restaurant the other day for dinner, and although it was quite tasty, I saw what one of these look like before ending up on a dish. In Australia, they have different names for some of their crustaceans, but calling these “bugs” is very fitting. Similar to a Lobster, these things don’t seem to have the claws and long antennas I’m used to seeing.