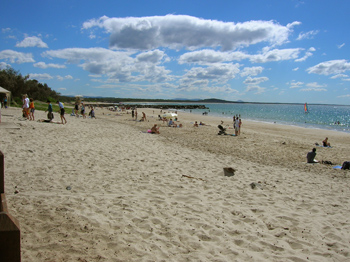 We stayed with fellow Ferrari owner Andrew Brent and his family in Noosa Heads, Queensland. They kept us busy for our three days in Noosa with river cruises, beach going, and evenings by the barbie. It was a nice break from the traveling to spend some time with some other adults in the evenings over a couple of drinks. 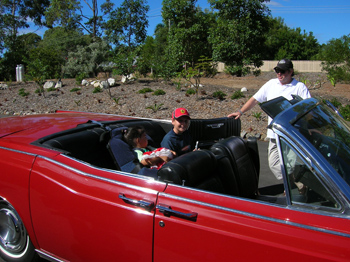 Andrew even took us for a cruise in his 1967 Lincoln Continental Convertible down Hastings Street in Noosa Heads. He brought this car back with him from the States, and made it comply for use on Australian roads. It was allowed to remain left hand drive, but seat belts had to installed along with modern child safety anchors which my daughter used to go for our cruise.

Riding in this car with six people creates quite a stir here in Australia. Since Lincoln Continentals were never imported, Australians have no nostalgic feelings for this car. The friendly waves, however, were from people in awe of its size and how it exudes Americana!