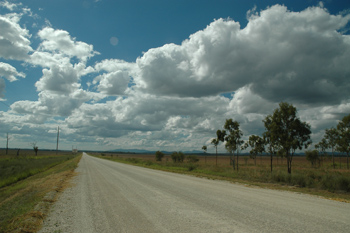 The drive north from “Rocky” was a boring stretch of highway that would take four hours out of our lives. A large portion of it was inland because the “Shoalwater Bay Military Training Area” sat on probably some very beautiful coastline. Since access was restricted, we’ll never know what the military might have done to some of this Australian beach! 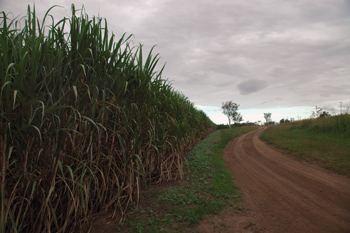 Much of the roadside scenery was dominated by sugar cane. The climate is right for sugar cane, and Queensland grows most of it for all of Australia. The average sized farm in this area is about 75 hectares, which means you see sugar cane as far as the eye can see! 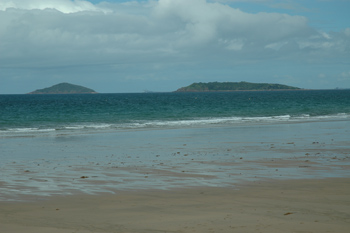 Mackay (Pronounced ma-KAI, with the Australian accent) is another nice beach community. The Great Barrier Reef can be reached from charters in its harbour, but many of these cruises are simply boat rides. We’ll have to travel further north for the real attractions. 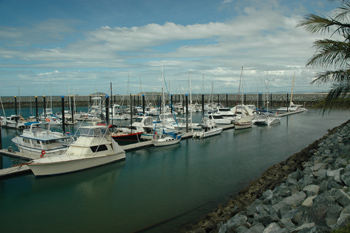 The Harbour is split into two sections. One side is for sport fishing and dive boats while the other side is for the commercial ships and tankers. Since access through the coral reef is limited, you can see a shipping lane followed by several ships out to the horizon. 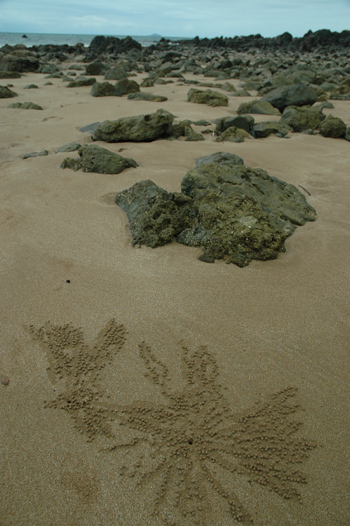 The beaches here were still safe enough to swim in, but we kept most of our activities on dry land. Many of the beaches have sand crabs that filter the nutrients out of the sand surrounding their burrows. The filtered sand balls collect in patterns outside their holes. 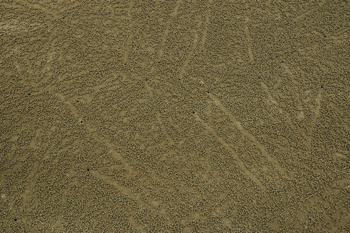 In more densely populated areas the balls cover large areas with paths carved into them from the movements of crabs. 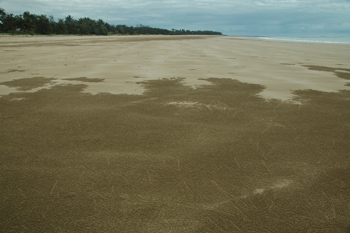 On Blacks Beach, where we stayed, huge areas of the beach were covered with these balls. We could only imagine how many crabs must come out at night to filter the sand after the tide goes out each day! 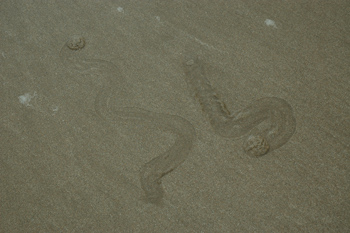 Speaking of sand creatures, we also noticed strange patterns being made in the sand flats. Upon closer inspection we realized these patterns were being made by sand dollars. The conditions were perfect for them to continue moving in the sand even though much of the tide had already gone out. These sand dollars were no bigger than my big toe, and moved at about an inch every 5 minutes.

These little discoveries were great to teach my daughter even though she might be too young to understand!