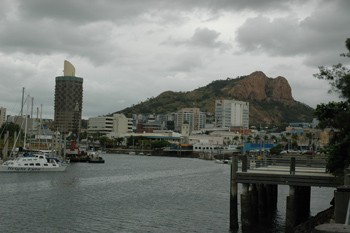 Townsville is roughly in the middle of the Great Barrier Reef and is a popular destination for activities on the Reef. The town’s geographical feature is the 300 meter high rock formation called Castle Hill. There are tons of hotels in town, along with many restaurants. As large as this Townsville is, it has the feel of a much smaller town. Traffic in town is almost non existent during the day while most of the tourists are out taking in the surrounding attractions. 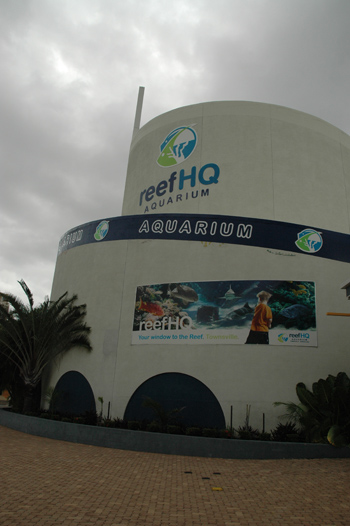 We stopped by the Townsville Aquarium called Reef HQ. 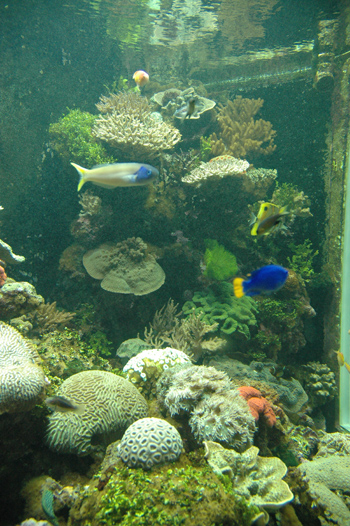 This Aquarium had a fantastic coral reef display, and offered visitors to experience the reef without getting wet. 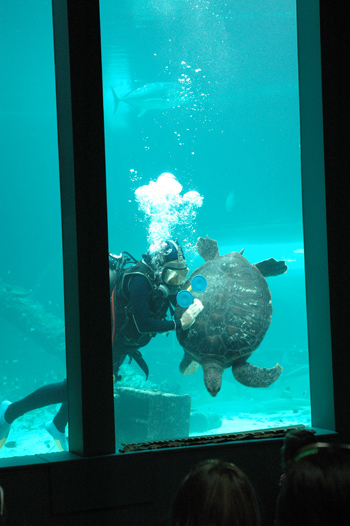 Maintenance of the huge tank not only requires cleaning of the windows, but also the backs of the turtles. 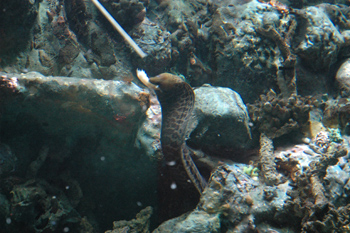 Daily feedings brought out all the inhabitants from the crevices between in the rocks. 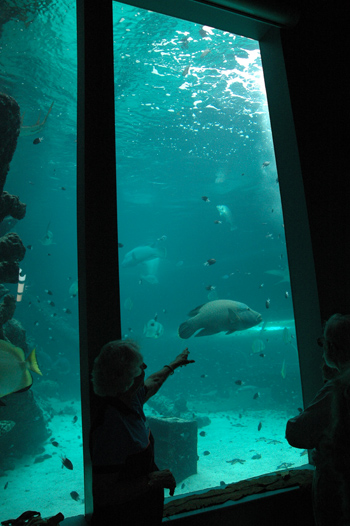 There were also talks scheduled throughout the day on the various animals and corals in the Aquarium. 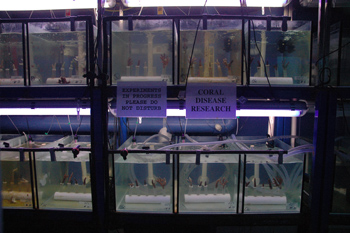 Research on the coral reef is also done in this aquarium in labs behind the tanks. 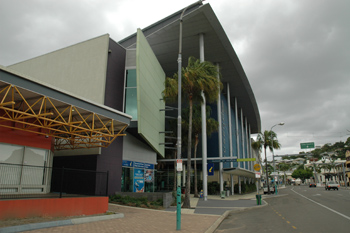 Next door was the Museum of Tropical Queensland a museum largely dedicated to the wreck of the Pandora. 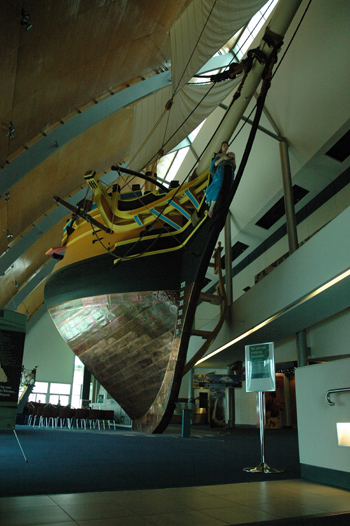 The Pandora was the ship dispatched to find the mutineers of the Bounty in the Tahitian Islands, but only managed to find about 9 individuals before sailing home. Navigating through the Great Barrier Reef, the Pandora hit a reef and sunk. The wreck of the ship was discovered over 20 years ago, and it has been slowly recovered. Much of the story behind the Pandora and her fateful journey is told in the Museum of Tropical Queensland. The Museum also has some other exhibits on coral and Queensland, but it’s pretty dedicated to the Pandora.