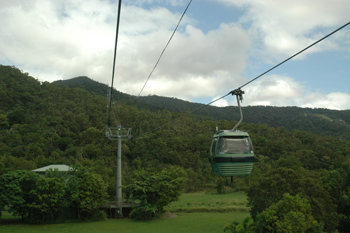 On our way north of Cairns we stopped to ride the Skyrail that would take us into and over a local rainforest. 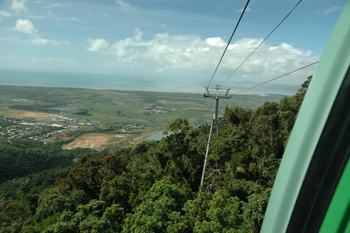 The view behind us looked over the lowlands that reached the Coral Sea. The Great Barrier Reef was still spreading out from the coast for miles. 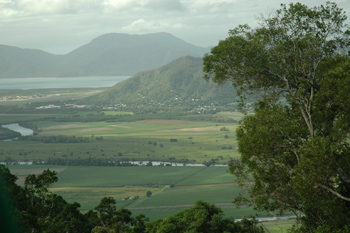 From up here we saw the thousands of acres of sugar cane that was the primary crop of the area. Harvest season is almost here and the local sugar processing plants will soon be in full swing. 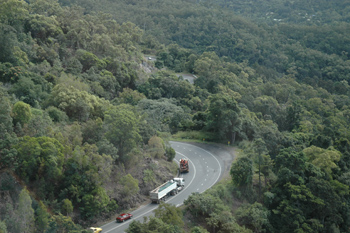 Below the cable car was the winding road that brought the cars over the mountains into what is called the “Tablelands,” a fertile plateau. 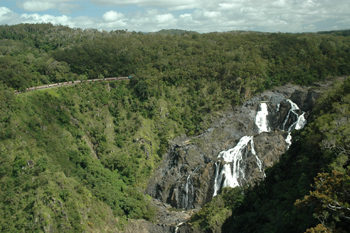 The cable car took us into the mountain range that is part of the Great Dividing Range that runs all along the east coast of Australia. Near the top was a waterfall and a hydroelectric dam built in the 30s. 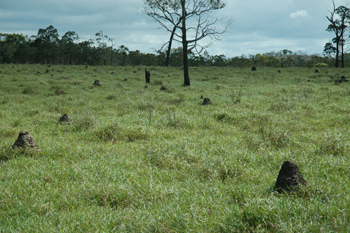 After the Skyrail, we took the road over the same mountains into the Tablelands. Alongside the roads we saw hundreds of termite mounds. These were smaller ones that were scattered about this field. 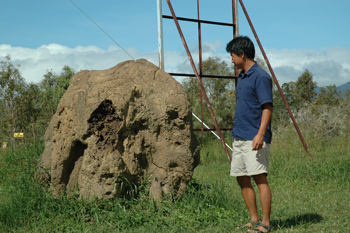 What was really amazing though were termite mounds larger than the one I was inspecting! These mounds were everywhere, and they’re legendary for their hardness. Like concrete, they’re pretty amazing structures. 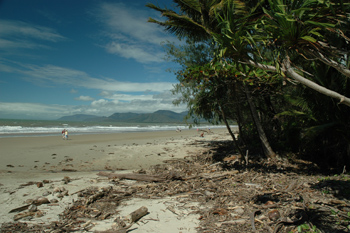 We stopped in Port Douglas as our furthest point north in Queensland was reached. Only an hour’s drive north from Cairns, it was a much nicer town. Still touristy, but but smaller and quieter than the mass produced strip mall of Cairns. The main street had plenty of restaurants and shops, but much more charming. If you’re headed to this area, I would highly recommend driving north from the Cairns airport to Port Douglas for a stay.