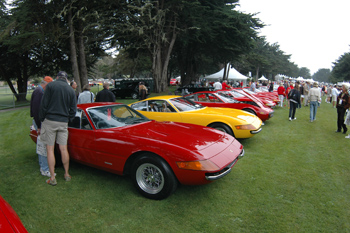 I started my day at Concorso Italiano which is held at the Black Horse Golf Course near Monterey. We were originally planning on going to Quail Lodge first, but the ticket booth for Will Call tickets would not open until 10 am! Since it was 8:30am, and everyone else would be waiting to do the same, we decided to head over to Concorso. 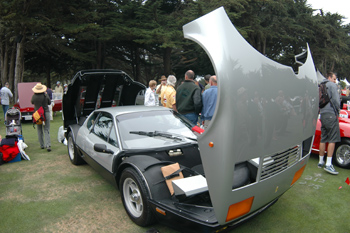 By the time we made it on the lawn, it was 9am, and things were in full swing. As usual, there was a sea of modern Ferraris with this Boxer as one of the older cars! 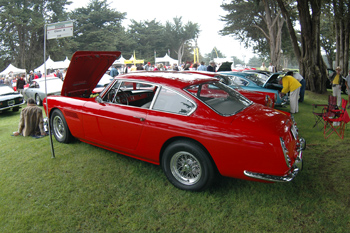 This is the third year since the split between Concorso and Quail Lodge, and it seems every year the Vintage show field gets smaller and smaller. This GTE (SN 3637) was parked among the two other GTEs, but it had a Ford V-8 instead of the V-12 Ferrari engine. 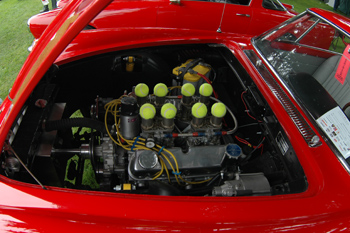 Sometimes this is the only choice to keep a Classic Ferrari on the road, but with the rise in prices with all Vintage Ferraris, I’m hoping this conversion will be a thing of the past! 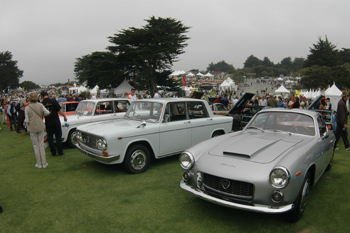 Lancia was the featured marque at Concorso, so there were plenty of interesting cars to see, however, I was disappointed with the Ferraris. If you are a modern Ferrari fan, you would have seen plenty, but it seems less and less Vintage Ferrari owners attend this event. 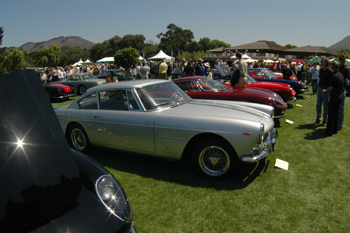 Around lunch time we headed over the foothills into Carmel Valley to attend the Quail Lodge event. This was where the Vintage Iron went! Admittedly, the entrants are invited to this show, so space is limited and selective, but what I saw were some of the best examples available. 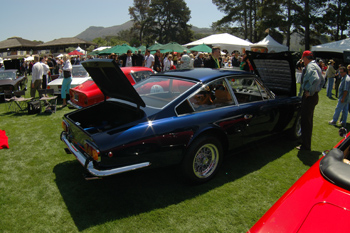 This 365GT 2+2 was spectacular, and it was nice to finally meet both the owner and restorer, both of which frequent my site. Zac and Scott should be proud of this great looking car! 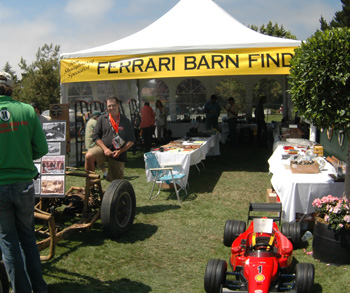 Tom Shaughnessy had a popular tent set up, and with a banner that read “Ferrari Barn Finds,” it was begging for people to dream about their next project. 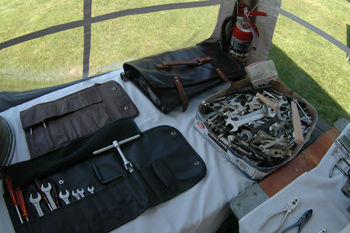 Inside the tent was plenty to pick through, but only a fraction of the whole collection! 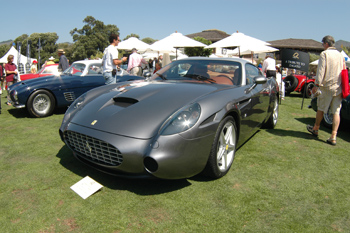 There were even modern cars that caught my eye. I really liked this one off Zagato bodied Ferrari. It has shapes that are not often seen in today’s design direction. 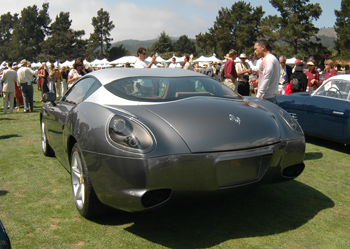 It was refreshing not to see cars that look more and more like F-1 cars with sharp angles and creases than the smoother rounded edges of older cars. 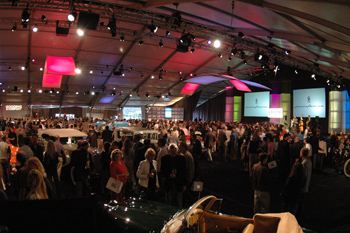 After attending two big car shows, we headed over to Pebble Beach to participate in the the official unveiling of Jim Glickenhaus’ custom Pininfarina Ferrari. It was held at the Equestrian Center which also showcases auction cars this weekend. 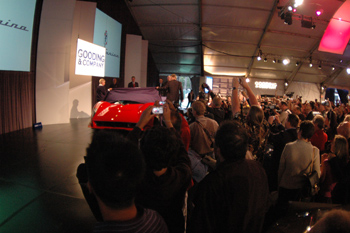 What started out as an Enzo was transformed into a special bodied car by the designers and builders at Pininfarina. The Glickenhaus family was very excited about it’s unveiling, along with the hundreds of people in attendance. 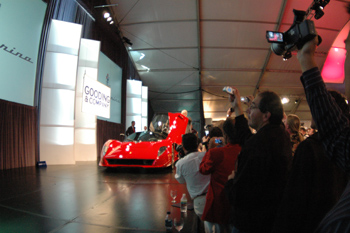 It was nearly impossible to see the car up close with all the media hounds and auto enthusiasts. Since the car will eventually make back to the East Coast maybe I’ll get a better chance at a closer look when Jim brings it home!