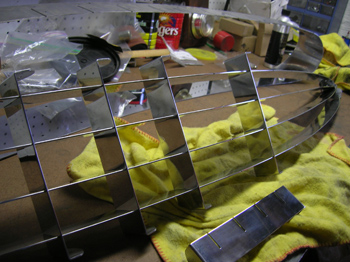 I began the final assembly of my grille. I’ve been waiting for a warm day so I could do the final buffing on the aluminum, and today was a beautiful Spring day.  As I was breathing in the familiar smell of polishing compound, I realized I’ve been polishing aluminum for this grille in one form or another for about seven years! You can imagine I was pretty happy to be finishing the polishing portion of this grille! 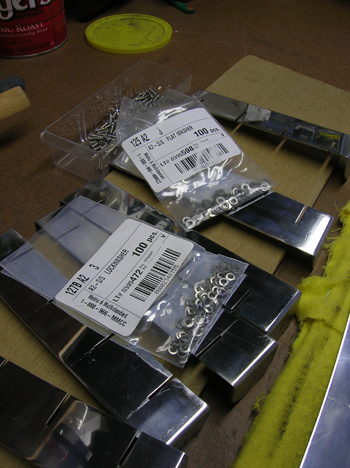 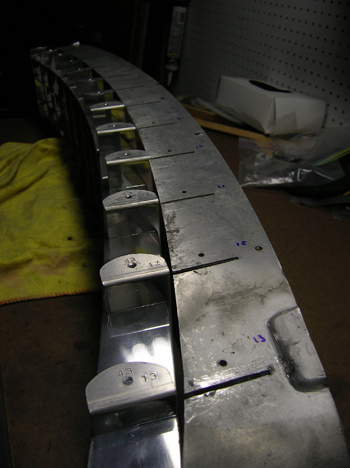 Once the egg crate was assembled it was carefully slotted into the grille shell. I followed my notes and markings I made earlier so everything would go back together correctly. 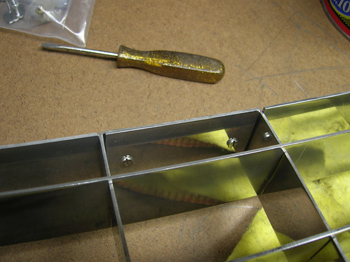 With all the holes lined up, I began the task of screwing everything together. The later Ferrari grilles were pop riveted together, saving a lot of time during assembly, but mine used screws. Since I was taking my time with the assembly, I decided to go one extra step. I indexed the flat screw heads to all face the same direction. It might seem anal, but I remember an electrician showing me once how they index all their wall plate screws same direction. Ever since I saw that, I notice whether wall plate screws are lined up in people’s houses! 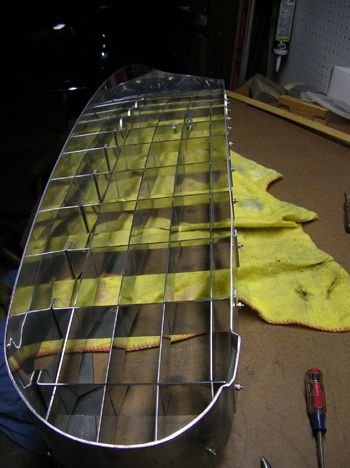 After a couple of hours of assembly, the grille is ready to mate its chrome surround which is still at the chrome plater’s shop. With any luck, it should be done in the next week or two. I can’t believe the grille is almost done!!!