Walter Medlin is a figure in the Ferrrari world that is steeped in legend. Collecting Ferraris for several decades he’s amassed a collection of very significant race cars and priceless street cars. As his collection grew, some of the cars were pushed into the back of his warehouse and deteriorated from disuse. To any Ferrari enthusiast, hearing about a large stash of Ferraris hidden away somewhere in central Florida makes for all kinds of speculation. Recently, hurricane Charley destroyed one of Mr. Medlin’s storage buildings exposing a dozen cars to the the world. It looks like his collection will be moving to a new home, but we’ll have to see how this story unfolds. 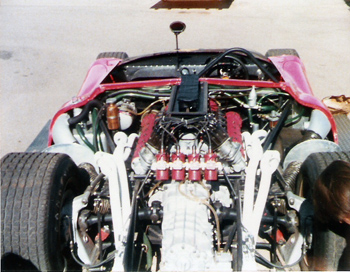 I’ve been talking to Denis Medlin, Walter’s brother, and he’s been sharing some photos of some of the cars when he and Walter played around with back in the day. It’s been nice to see some of the photos taken back when these cars were just used race cars! 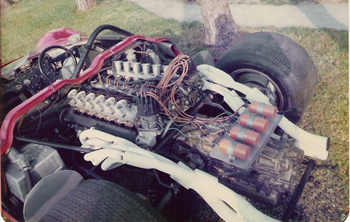 Here are a pair of P4s back when the Medlins were racing them. 0858 and 0860 must have been thrilling to drive!

Denis says he’ll send me more pictures, and I hope he keeps his promise!