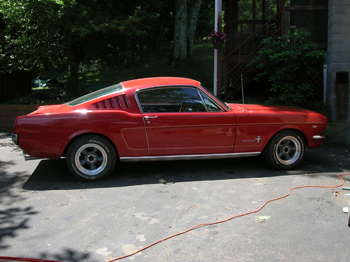 I’ve been putting some mileage on the Mustang sorting out the issues since her engine rebuild over the winter. The engine is doing well, and I’m proud to say she’s running pretty sweetly. One problem however, is since the engine rebuild the marginal cooling system was not up to the task. I took the car to the beach over a recent holiday weekend, and watched the temperature gauge soar to new levels as the car idled in traffic. It was not a comforting sight, especially with the thought of hurting my new engine from all the heat. I made it home without a breakdown, but was determined to remedy the problem. 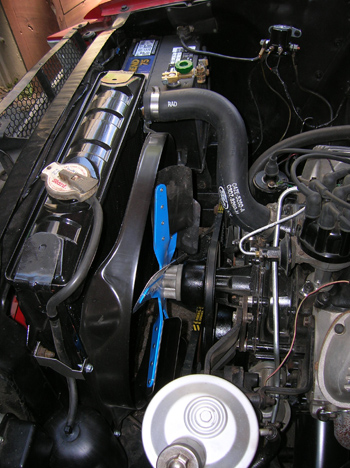 I had a number of options, and I chose to go the mechanical route as opposed to installing an electric fan, but the first thing on my list was a fan shroud and larger capacity radiator. As I sat in traffic a few weeks back, I noticed the temperature dropping as soon as the car started moving, but would only shoot up when I was stopped at idle for more than a few minutes. This pointed to poor heat exchange from the radiator to the surrounding air. Moving more air across the radiator with a better fan and a shroud to direct the air would definitely make an improvement. I bought a larger radiator for added insurance against overheating along with an overflow tank to catch stray coolant.

I went with a stainless steel flex fan because I didn’t want to wire in a thermostatic switch and relays associated with an electric fan. Using a belt driven fan is simplicity at its best, and moving more air with a flex fan would make a big improvement over the stock stamped steel unit. The only draw back I found was the new fan is noisy! When I accelerate hard on the Mustang, I hear the whirring of the fan over some of the good sounds of the engine. I’ll either get used to it, or I’ll swap it for an electric set up. We’ll see. If I keep this set up, I’ll take it all apart and paint everything black to match the engine. 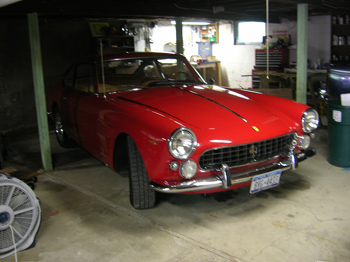 My Ferrari is getting some rest after the show in Scarsdale. I’ve been slowly fixing a couple small issues that have cropped up since the show, but eventually she’ll have to head down to François’ shop to have first valve adjustment and head torquing since her rebuild. 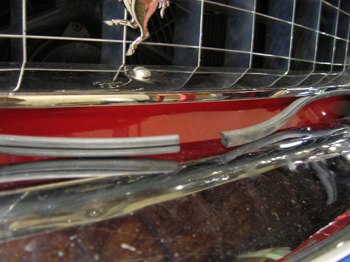 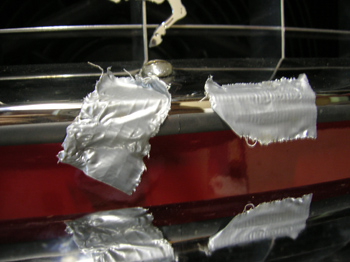 The trick to installing grille rubber is NOT to use weather stripping adhesive to hold the rubber to the grille. The rubber will stay in place if it is fitted snugly around the grille shell. The only place that needs to be glued is where the two ends meet with some cyanoacrylate ester, other wise known as Crazy Glue! One drop on the the rubber ends is all you’ll need after the rubber is cleaned with some solvent. I used tape to hold the ends together while the glue set. Of course this is best done off the grille using a piece of scrap metal to guide the two pieces together, but my grille was already mounted and I wasn’t about to take it off again! 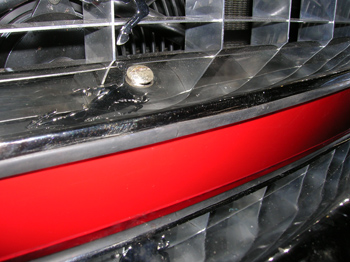 The seam is almost invisible, and is pretty strong. I tried to pull the old one apart, and it was pretty well glued. 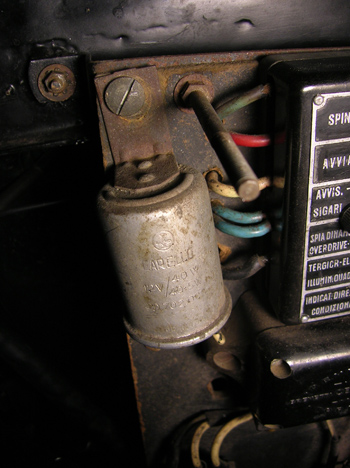 I’ve also had some small electrical issues, like a failing flasher unit. The 40 plus year old flasher can is failing, and sometimes chooses to stop flashing. I’ll have to take it to the auto parts store and ask the guy at the counter to find a similar flasher unit with bullet style connectors to fix my “Fiat!”

My electric fuel pump also stopped working, but after checking the circuit, I found it worked once I remade the connection again. Hopefully it was just a bad connection. My theory is this area got very hot from the overheated exhaust a couple weeks back, and caused the electrical connections to loosen. I’ll see if everything continues to work in the upcoming weeks.

An interesting thing is my intermittent short I never found with my parking lights has not come back. I ran the car’s lights all the way down to Scarsdale without blowing a fuse. Perhaps I fixed something when I was checking the wiring a few months back, so let’s hope this stays fixed!