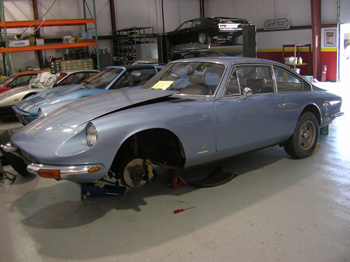 I continued work on the 365 GT 2+2 at Sport Auto by installing new trunk seals.  Re-Originals came up with the correct seals after initially sending the wrong stuff. After sending them a sample of the old seals, they found the matching seal. It’s a good thing we had some of the original seal to match instead of installing whatever they sent!

This did not however mean it all went in without a hitch! Some of the seals had to me thinned so they would allow the trunk to close, while other places needed trimming because the repro seals were slightly thicker. We’ll also have to give the new seals a few days to compress so things will fit better as everything gets squashed. 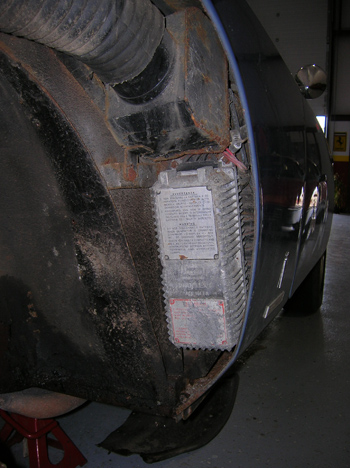 Taking a break from the back of the car, I began working on the car’s ignition system. The Dinoplex ignition boxes are acting up on this car, and it’s time to replace them with a more modern and reliable system. It was a wonder that these original boxes even lasted nearly 40 years, as they are usually problematic, especially as they get older They hide behind the front wheels behind the splash shields. Not only will the new boxes be more reliable, but they’ll take a couple pounds off the front of the car! These things are massive!