I drove up early o’clock on Thursday to get started on my Monterey weekend. I had my invitation to the Ocean Ave. Motor Club Cocktail party for 11:30am, but I had plenty of things to do before lunch! After the almost 2 hour drive north, I had to stop by Laguna Seca to pick up my three day track pass. I needed a ticket for access to the track that evening, but we’ll get to that later. I also needed to get my press credentials for Concorso. The Concorso organizers were happy to offer me credentials since I cover the event every year anyway, but they had to be collected before the day of the event. After getting all the tickets and passes sorted, I headed over to Carmel to find parking to watch the arrival of the Pebble Beach cars participating in the rally. 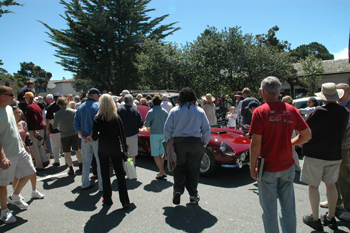 The arrival of the cars was a little delayed, so the crowd was especially large by the time the cars arrived. It normally is easy to see the cars when they pull onto Ocean Avenue, but this year there were too many people to get good photos.

I decided to pass on trying to see the cars and walked down the street to Il Fornaio for the Doug and Genie Freedman party. The Ocean Ave Motor Club party is something I look forward to every year. The food is great, and the people who attend are often the “who’s who” of the automotive world. I also get to catch up with some friends that I get to meet once a year. I would like to thank the Fredmans for throwing a fabulous event! 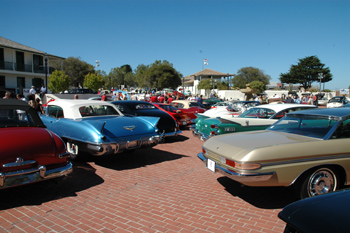 After the party,  I took the long walk back to my car and drove over to Monterey to pick up more credentials. These were for the RM Auctions at the Portolo Plaza in downtown Monterey. I personally love attending auction previews because it’s like going to a car show where you get to touch and sit in any car of your choice! I also get a chance to see what cars are hitting the market, especially the Vintage Ferraris. 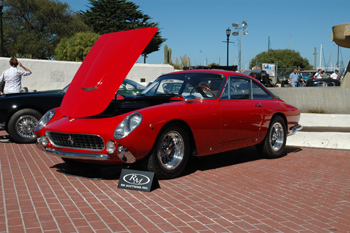 This was a Tom Meade Special bodied Lusso. The car was modified when the car was nearly new, but I’m still more comfortable with the original look of the Lusso. 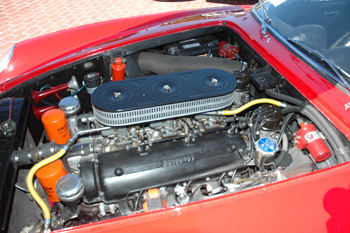 The engine details were pretty clean, but with the cost of Lussos, the owner will have to decide if he likes the look of the headlights first! 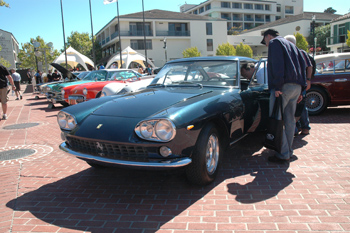 Speaking of headlights, there was a four headlight 330 for sale. 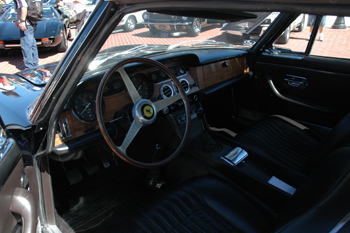 The interior looked clean, but the wind began to pick up as I inspected the cars, so didn’t feel comfortable raising the hood and risk it being caught in a gust of wind. 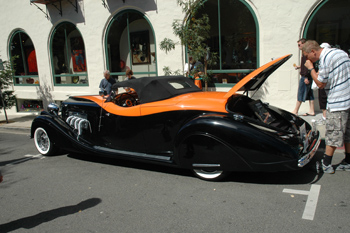 In between looking at the Ferraris, I marveled at the variety of other cars available for auction. 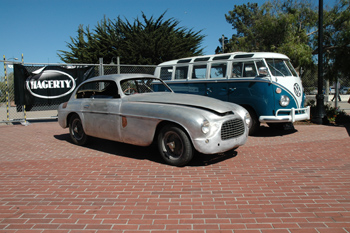 Here’s a nice juxtaposition, a Ferrari 195 Berlinetta and a 21 window Volkswagen Microbus. It’s the Ferrari you usually see in perfect condition, and the VW terrorizing the neighborhood with a couple of hippies. 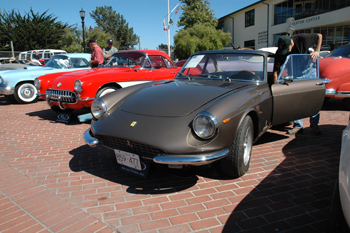 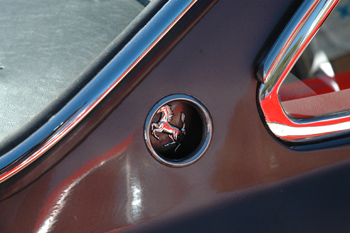 GTCs have a small circle on the C-pillar probably for venting that this owner felt was a good place for another prancing horse. I have two words, “Ah, No.” 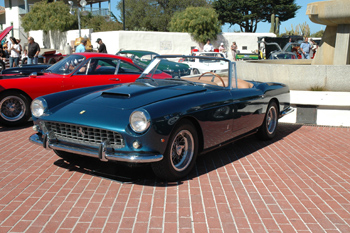 There was also a nice 250 PF cabriolet. Both interior and exterior colors were a little different than what I am used to seeing on these cars. 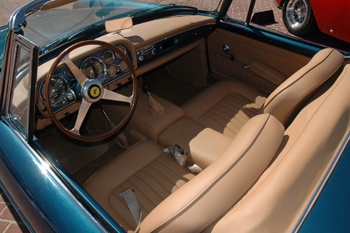 The only complaint I would have is the light colored dashboard upholstered to match the interior leather. I hope the driver can see out the windshield past the glare of the dash! 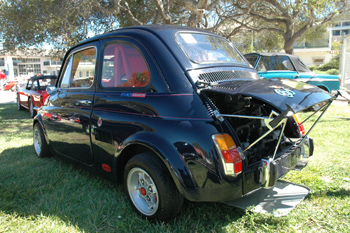 This Abarth Fiat may be too high strung for daily use, but think of the “Street Cred” at any foreign car show! 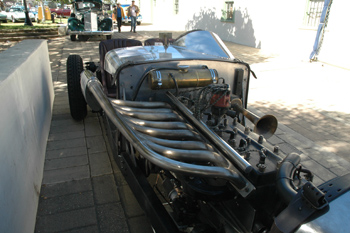 Every year I find a car that stops me in my tracks at RM. Last year it was for bad taste with the Cadillac Ferrari, but this year it was this Packard Speedster Special. 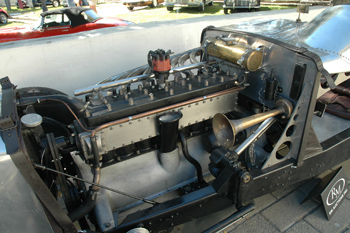 It’s a mix of recreation and original details. Built off an original Packard Limo chassis, this car was built a few years ago in respect to the Packards of the past. 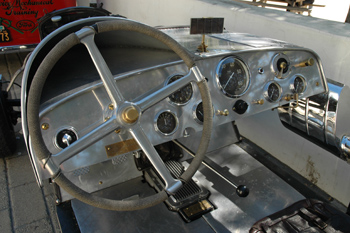 Practically everything was hand fabricated, and tastefully designed. 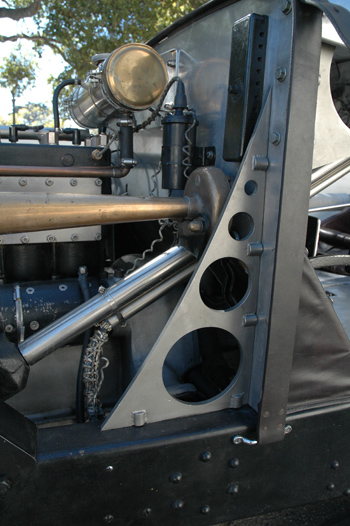 I walked around this car several times marveling at the attention to detail the builder used to create this car. Simply beautiful.

I left RM at the Portola Plaza in Monterey to ready myself for the annual Tomyang.net West Coast Party. Held at the Mariposa Motel on Munras Ave in Monterey, and it’s great place to put some faces to names on this site if you’re in Monterey for the car weekend. About 20-30 people meet at the breakfast room that the Lamborghini club graciously lends to us for the night. Thanks to everyone who came, and if you missed it this year, there’s always next year!